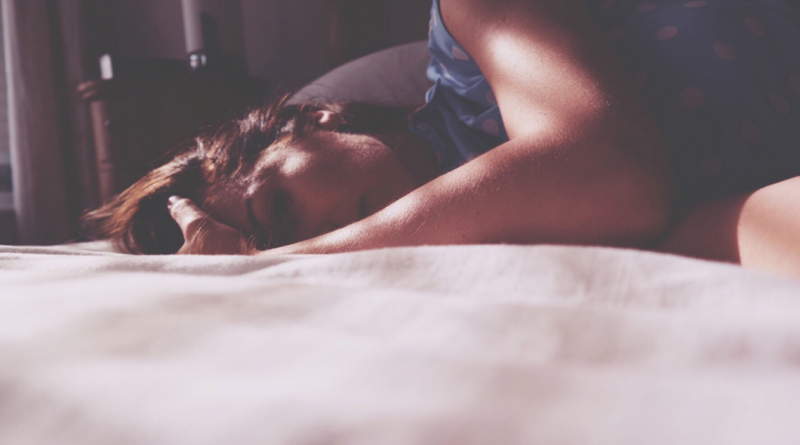 Depression isn’t that melancholy person, you don’t want to be around. Oftentimes, it’s the person everyone loves because of the light they bring to a room is so bright but that’s only because they know darkness.

Depression isn’t the person screaming out for help. It’s the silent person dealing with battles they’re still trying to understand themselves.

Depression is doing everything you can to hide it. Because there’s nothing glorified about it. There’s nothing beautiful about a bad night as you fall you your knees, in a silent scream, that no one hears because you’re alone and you need to be until you get through it.

It’s the sleepless nights as you lay awake at 2 am staring at the ceiling.

It’s that time of year, you just get a little bit sadder for no reason.

It’s the tears you don’t tell people you cry because you don’t really know why you’re crying, you just know you need to.

It’s the want and need to be around people but at the same time, you push them away.

Depression is watching across social media, everyone’s highlight reels and you know it’s not an accurate depiction of their life yet you still compare yourself to them.

It’s the plans canceled last minute because you couldn’t muster the strength to get out of bed.

It’s your alarm going off in the morning and you just want to go back to sleep.

Depression is that cloud that doesn’t seem to go away ever. And even in those happy moments, you cling to, you know it’s still hovering over you. Depression waits. It creeps and lurks. It waits for the best day of your life and your happiest moment just so the next one can be your worst.

It’s the fear of such happiness because you know it’s bound to fade.

It’s every good day, that are few and far between and that’s what you hang onto.

It’s the struggle in explaining to people when they ask why are you depressed? You just don’t know and you don’t know how to fix it. It’s just a feeling you can’t shake but you’re learning to work through.

Depression are toxic habits or people you gravitate towards.

It’s drinking the way you do because at least for a moment your pain is numbed. You know the effects lead to being even more depressed the next day. And you know alcohol is a depressant but being numb helps sometimes.

Depression is the constant unbalance of things in your life.

It’s either overexercising and being at the gym for hours or staying in bed for weeks immobile.

It’s either sleeping too much or too little. But no matter what, you’re always tired.

It’s eating too much or just never being hungry. It’s someone asking, ‘When was the last time you ate?’ And you actually don’t know the answer.

It’s weight loss that people commend you for but you know even you couldn’t help it.

Depression is people asking if you’re okay and you don’t respond with ‘I’m sad.’ You simply say, ‘I’m tired.’

It’s the envy of looking at others and just wanting to be that happy. So you glamorize your own life so it appears that way.

Depression is the overcompensating in relationships and trying too hard. You know you’re tough to deal with but there isn’t anyone you love more than those who accept you, as you’re still trying to accept yourself.

It’s that really scary moment when you open up to someone about what it is you deal with. And that new level of friendship you reach, when they welcome you with open arms and it almost brings you to tears.

It’s looking ahead and looking forward to certain days in your life and really appreciating everything.

And even though you might not say it, as often as you should, it’s the love you have for everyone in your life which gives you strength.

Depression is becoming addicted to anything that gives you purpose. Whether it’s being a perfectionist in academics or becoming a workaholic. It’s becoming the most involved in a group or organization because you need something to look forward to. It’s excelling in sports because it really helps to have that and a team to fall back on.

It’s the need to be busy because if you’re not you’ll spend too much time alone and everything will get worse.

But more than that, depression is the person who would do anything to make others happy because someone else’s happiness is their own.

Depression is being overly observant because you know what it’s like to hide things, so you look for it in others.

It’s being the first one willing to help and being the person you wish you had. Knowing well, there’s nothing you can say or do but be there for them and that’s okay.

But more than that, depression is a strength in you because there’s nothing harder than overcoming demons within yourself.

It’s the trust people have in you, knowing they can turn to you without judgment.

It’s the excitement you bring to others because even though you’re sad, you do love life.

Depression is being the happiest, saddest person, people know but there’s a bit of beauty to someone who knows both emotions at such an extreme level.

Depression is an appreciation and gratitude for life. It’s knowing no matter what happens things will get better.

Depression is hope even in moments that seem hopeless.

It’s not letting this define who you are but rather learning to live through it and being the example others can follow.

By Kirsten Corley for thoughtcatalog