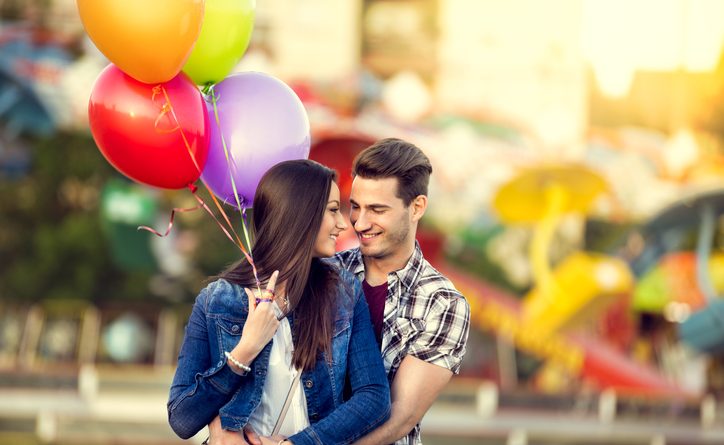 Guys might be quick to call you “crazy” when you stick up for what you want in love, but there are some things you should never feel guilty or embarrassed to ask for in a relationship. There’s absolutely nothing wrong with requiring these things in your relationship, and no one should make you feel otherwise.

Come on, who wants to deal with a guy who says he’ll call but then doesn’t, or promises to meet up with you but then goes AWOL? It’s BS and a total waste of your time. He’s either got to grow up or get out if he can’t understand that he’s got to be a reliable, stable partner.

2. A GUY WHO DOESN’T FLIRT WITH OTHER WOMEN No,

it’s not that you’re being jealous or possessive — it’s common decency. If he’s ogling and flirting with other women whether online or in real life, it’s totally disrespectful to you and quite frankly makes you wonder just how loyal he’ll be as a boyfriend.

You shouldn’t be made to feel like there’s something wrong with you for wanting lots of sex or a much spicier variety of it. It just means that you’re a passionate woman and you’re crazy about the guy you’re with. If the person you’re with isn’t helping you have a satisfying sex life, you’re not out of bounds for leaving the relationship.

4. A GUY WHO WANTS TO BE PART OF YOUR LIFE

You should have the type of boyfriend who makes an effort to be a part of your life. This means, for example, that he’ll want to meet your folks after a few months of dating. It also means that he’ll be asking you about your life and future. If he doesn’t, then he’s clearly not invested in you.

He might think you’re being uptight when he cancels your date for the second time and you tell him off, but the issue is that he’s not making enough of an effort. You should have regular dates — otherwise, he’s just wasting your time. And no, it doesn’t make you clingy to want to see him. He should be pleased that you like him!

He should respect you as a woman, but there’s so much more he should be doing, too. When you burst into tears after a bad day, you don’t want to be told that you’re “just being a girl” or asked if you need him to go to the drug store for tampons. A bit of respect and understanding for what you feel is a must. If he can’t accept your emotions, then he’s not the right guy for you.

You have the right to be with someone who wants to be with you and shout it out to the world. That means, for instance, if he doesn’t want to make your relationship official on Facebook and can’t understand why you’re acting “weird” about it, he doesn’t deserve you. You should feel secure in the relationship you’re in. If he can’t make it clear that he’s with you, then he’s being shady.

Guys might roll their eyes on this one, but you’re not being clingy or weird by wanting a bit of romance now and again. It doesn’t mean he needs to bust out the five-star restaurant reservations and hot air balloon rides, but it does mean that he should show you how much he cares, even in little ways. You deserve to feel special and loved.

Does your boyfriend call you controlling when you say that you’d like to have a weekend with him instead of being alone while he goes out with the boys? Screw that. You should have a relationship in which you and your boyfriend spend regular time doing things as a couple, without his noisy friends crashing your plans.

10. CLEAR INTENTIONS FROM THE START

Okay, it might be a little weird to have the “Where are we going?” chat on the third date, but you should be with a guy who’s clear about what he wants from you without making you wonder where his head is. You want to know that you want the same things as he does and that you have the same relationship goals. Is that too much to ask from him? No! If he’s boyfriend material and he’s really into you, he’ll do it.

You’re not being jealous when you say that you don’t think it’s appropriate for his ex to be chatting with him late into the night. If he’s with you, he should be closing his ex files for good. That doesn’t mean he can’t be friends with his exes, but it does mean that he should have boundaries with them. You’re not crazy or dramatic for wanting that. If you’re in his life as his romantic partner, you have to be number one.

Yes, relationships can have hard times, and they require you to be serious about them. But that doesn’t mean you shouldn’t be in a relationship that you really enjoy. Where’s the fun in treating your relationship like taxes or chores? This is your life, after all. If your relationship is too serious for its own good and you can’t remember the last time you and your boyfriend had some fun or a good belly-laugh over something silly, that’s really sad.