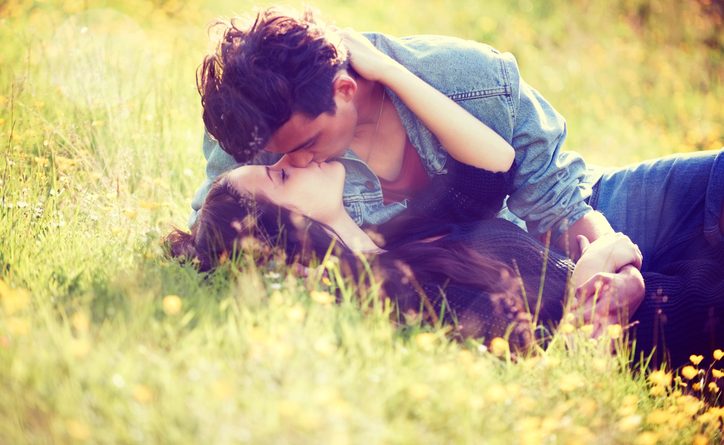 If you’re dating for the purpose of finding real love, you might feel like you’re trying to find an almost-extinct animal. Everyone just wants to hook up rather than form a meaningful connection. So, why is it that so many people you meet are just looking for sex instead of a real relationship?

It sometimes feel like dating is dead and buried. You meet a cute guy at the supermarket or online and get chatting. Instead of wanting to go on a date, he’s asking you to go to his place or sending you penis pictures. Booty calls have killed the offer to buy dinner. RIP, dating. We’re going to miss you.

2. IF YOU DO GET A DATE, IT OFTEN FEELS LIKE A SCREENING FOR SEX.

You go out with the guy who seemed great, but all he can talk about is how he’s looking for fun. God, if you had a dollar bill every time someone said that. Dating isn’t a chance to get to know anyone anymore, it seems. Instead, it’s just a prerequisite to sleeping together. WTF?

3. YOU’RE OFTEN GIVEN THE “I’M NOT LOOKING FOR A RELATIONSHIP” EXCUSE.

The guy could say this because he’s just not interested in you, but it could very well be that he’s really only looking for something casual with every woman he meets. Worse than hearing those words is a guy sticking around after he’s said them to you. WTF? Clearly he just wants to score. We’ve become a society that’s looking for anything it can get. SMH.

4. HOW WE COMMUNICATE HAS CHANGED.

Thanks to technology that makes fast, one-word messages a reality, we’ve paved the way for fast relationships. There’s no effort that’s required, like wooing someone over text to make a great impression or get to know them. It’s mostly focused on making a half-assed attempt, and the result is a half-assed relationship focused on nothing more than sex.

It’s really tough being a romantic in the dating world these days. People might roll their eyes at you when you talk about love and romance, or how amazing it would be to be with a guy who really shows how much you mean to him. Sadly, love feels like a mythical creature because everyone is trying to find sex instead — perhaps because it’s so much easier to get these days.

Physical appearances matter because people want to get intimate on a physical level and leave emotional compatibility at the door. This also makes people shallow in that they lack depth and real connection. Ugh. There’s nothing worse than being on a date with someone who’s only talking about themselves and has no interest in chatting about intelligent topics.

7. YOU GET LED DOWN THE GARDEN PATH.

You might think that sex can lead to something more, and sometimes those one-night stands do develop into relationships, but not often. But, you go along with the way people hook up, thinking that this is the gateway to a potential relationship. Only it’s not because then you get ghosted. We’re the “booty call and bye-bye” generation.

It’s so much easier to replace something than fix it, and it’s the same with relationships these days. People would prefer to keep things light and casual so that they’re easy to get out of, instead of being locked down to love. Trends like ghosting make it easier for this to happen. Of course, they don’t realize just how much they’re missing.

9. PEOPLE CAN BE MISLEADING.

It’s bad enough to deal with the hookup culture when people are clear that they don’t want a serious relationship. It’s worse when a guy pretends to be into something real just to want to score later. It makes things messy and complicated AF.

10. COMMITMENT ISSUES ARE AN EPIDEMIC.

So many people seem to have commitment issues these days that it makes them reject love in favor of something quick and satisfying, like sex without the fear of getting their hearts smashed. It’s ridiculous and obnoxious and makes finding real love that much harder.

11. LOVE TAKES WORK AND PEOPLE JUST WANT TO HAVE FUN.

There’s so much stress in the world that some people think relationships shouldn’t be part of that crazy spin-cycle we’re in. So they turn to having fun and sex instead. But this can’t be satisfying for long, right?

12. DATING APPS ARE SERIOUSLY TO BLAME.

One of the huge ways in which dating has changed is that there are so many dating apps out there. Or at least, they’re called “dating” apps, but for many of them a more suitable name would be hookup apps. It’s never been easier to log on, find a sexual partner in five minutes and then hook up with them IRL, making it so much easier than having to date.

13. IF DATING IS DYING, THEN SO ARE BREAKUPS.

The hardest part about dating is the nasty breakup that threatens to wreck your life and self-esteem. The hookup culture makes it really easy to avoid this. If you’re not dating, per se, then you don’t have to break up. Easy peasy and perfect for a shallow world too scared of something real.