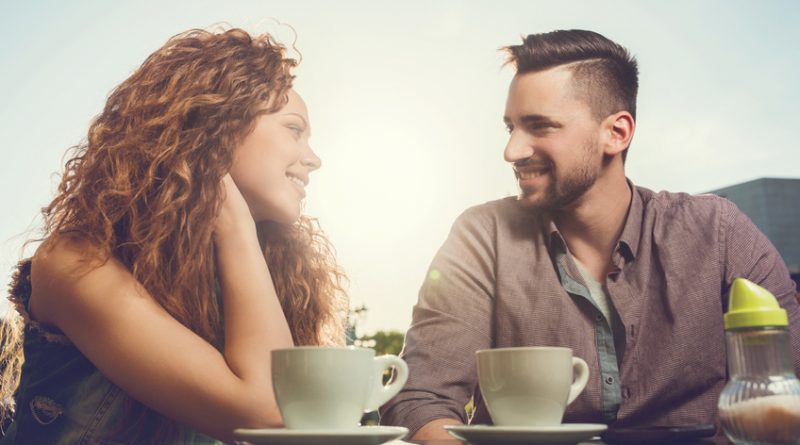 Dating these days is a complete disaster and you have to admit, guys seem to have it down to a messed up art form they don’t plan on changing anytime soon — so it’s time we hop on board, ladies. We don’t need to cry and obsess over these little jerks anymore if we level the playing field. If you want to date like a guy, it’s pretty simple — here’s how:

1. CALL HIM CRAZY WHEN YOU DISAGREE WITH SOMETHING HE SAYS/DOES.

If he has an opinion you don’t agree with, don’t listen to his point of view with genuine interest. Instead, tell him he’s totally crazy. Use the same reply when he’s upset at you for literally anything and everything — even when you’re completely in the wrong.

2. WAIT SEVERAL HOURS, IF NOT DAYS TO RESPOND TO HIS TEXTS.

When he texts you a question or sends you a thoughtful good morning text, read that crap and forget about it. Go about your day. Plan a vacation. Go on said vacation. Start a family. Keep him waiting.

3. WHEN HE OPENS UP EMOTIONALLY, TELL HIM YOU DON’T WANT A RELATIONSHIP.

As soon as he lays some really cute emotion on you, freak out an pull back. Tell him you’re not looking for anything serious and then try to keep him in the casual spot.

4. SEND HIM RANDOM PICTURES OF YOUR JUNK FOR NO REASON.

When you’re chilling at home at night, text him and ask him to send nudes of himself. When he declines, tell him he’s “no fun” and to “lighten up.”

6. CALL HIM AFTER 1AM ROUTINELY.

After a night out with your girls, text and call him constantly asking if he’s up. Send him a picture of the nearest trash can while you’re at it.

7. MAKE PLANS FOR A DATE, AND THEN NEVER CONTACT HIM AGAIN.

Ask him out for drinks and tell him you’re sooo looking forward to meeting him and “hanging out.” Then, never contact him again, even when he texts to confirm your plans.

8. CALL HIM AN UBER IMMEDIATELY AFTER SEX.

Once you’ve slept with him, promptly bring up your Uber app and search for the first available ride home. Tell him you just “have so much stuff to do tomorrow.” Don’t even kiss him goodbye.

9. SEND HIM RUDE AND OBSCENE MESSAGES JUST BECAUSE YOU CAN.

When you’re having a nice, light, getting to know each other conversation, throw in some game changing statements about his man parts and tell him you think he’d look great naked in your bed. Objectify the hell out of him. Let him know you’re only after his meat. If he doesn’t take it well, refer to point #1.

Send him good morning texts everyday for a week with cute emojis. Show him you give a crap. Impress him with flattery. When you’re hanging out in his company, be extra affectionate. Hold his hand and give him tons of compliments. Then, the second you’re apart, ignore his texts for a week.

11. ONLY MAKE PLANS WITH HIM LAST MINUTE BECAUSE YOU’RE “SO BUSY.

”When he pipes up about getting time in with you, complain that you’re just “so busy” all the time, even though you’ve totally got brunch plans with the girls and a calendar full of crap he could accompany you to. Instead, only ask him to hang out with approximately half an hour’s notice. If he’s not available and suggests another time, tell him you’re busy then too.

12. WHEN THINGS ARE GOING WELL, DISAPPEAR FOR NO REASON AT ALL.

When things start to go really well and he starts to really fall for you, pull the rip cord and go MIA. Don’t answer his calls or texts ever again. If he texts you wanting to know what happened to you, show the texts to your girlfriends at brunch and tell them how crazy he is. After all, you’re just so much better than some guy who genuinely tried to form a meaningful connection with you. How dare he.