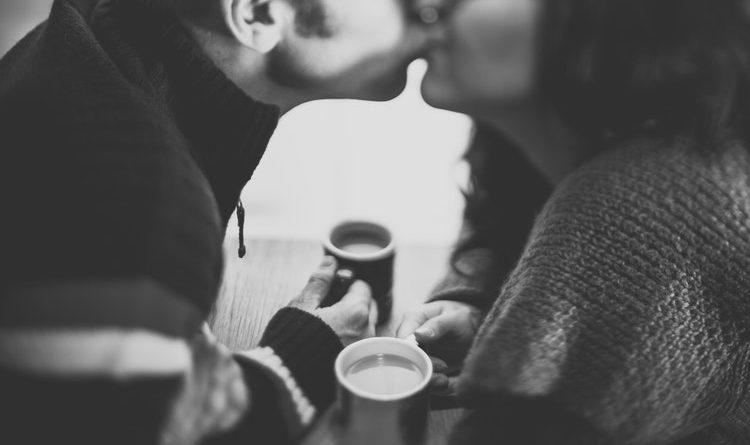 The title is, to be fair, an overgeneralization. These things are not universally true of all men, and there definitely are women out there who know and understand some or all of them. By and large, though, these are five areas where communication between the two most popular genders tends to break down on grounds of incomprehension. Women, this might help explain a few things.

1. We are starved for compliments.

There’s an old rule men learn about flirting with women: if a woman’s pretty, don’t expect to impress her by telling her so. People have been telling her that every single day since puberty, and it no longer even registers as anything other than background noise.

On the other hand, most men have never been told they’re pretty. Or attractive at all. We’re supposed to derive value from our success and careers, not our looks, and there is an overwhelming cultural narrative that we are the wanter, not the wanted, the pursuer, not the pursued, the desiring, not the desirable.

Tell a man (other than Ryan Gosling) that he’s pretty, and you will have his undivided attention. You may well be the first person ever to say that to him. Do not assume that an attractive man knows he’s attractive. The opposite is probably the case.

2. We are not more shallow than women are.

Sure, some guys only go for women who look like magazine advertisements. Some women do the same thing with guys. But when most women get together with their trusted friends and talk about men, there’s a rich diversity of attraction that gets talked about. They’ll talk about a guy’s sexy voice, or the way he holds them in his sleep, or the look on his face when he’s passionate about something, or the lines of his hands. When they do talk about the face and the body, it’s not all sharp cheekbones and ripped abs, there’s all kinds of types that different women find attractive for their own reasons.

And yet there’s a stereotype that men don’t do the exact same thing. Believe me, we do. When actual grown-up men get together and talk girls, there’s an awful lot of “I love the way she tells the truth, just straight-out with no bullshit.” and “It’s the freckles. I cannot resist her freckles.” and “When she giggles a certain way I just want to jump her right there.”

Oh, we do dig the physical aspects, too, very much so, but again, it’s not about the women in magazines and commercials. Grown men can tell the difference between an airbrushed plastic image designed by a marketing department, and a real live woman. We have a very wide range of tastes and types in terms of what we find sexy in a woman, and anyone who tells you different is probably trying to sell you something.

3. There’s a reason for that emotional repression.

I’m often surprised by how little most women know about the experience of being a teenage boy. It really shouldn’t be surprising; there’s almost no realistic depictions in media of teenagers of any gender. I mean, when was the last time you saw a teenage girl on TV or in a movie acting like teenage girls act in real life?

Short version: testosterone is a hell of a drug. Those who’ve taken it as adults as part of a gender transition tend to report intense cravings for physical catharsis, flashes of inexplicable rage, and similar effects. And that’s taking it on purpose, knowing that it’s a drug, with an adult level of brain development and emotional maturity. Now imagine that happening to you without warning when you’re thirteen and have no idea what’s going on.

Almost every adult man walking around spent at least part of his adolescence dealing with sourceless, purposeless anger and a desire for violent catharsis. It’s like having a little devil on your shoulder constantly making the same unhelpful suggestion.

“I don’t know how I’m going to deal with this test Friday, I can’t cope.”

“Have you considered… VIOLENCE?”

“Shut up, shoulder devil, nobody asked you. Hmmm, what do I want for lunch…”

“Have you considered… VIOLENCE?”

“Shoulder devil that is NOT EVEN A FOOD.”

And so on. We spend years learning that our immediate emotional responses to things are absolutely not to be trusted. The first response to an emotional impulse must be to ignore it and repress it, just for safety. The men who didn’t learn that reflex? They’re the ones with criminal records for assault.

Once we mature out of adolescence, the hormones calm down and we’re fine, but at that point the cultural conditioning has been drilled in beyond repair, a million repetitions of “man up” and “crying is for girls” and on and on and on. What was a safety precaution in high school becomes a socially mandated norm, and that’s why, over the course of my life, I’ve shed more tears over the “Marseillaise” scene in Casablanca than I have over my mother’s death. (Though to be fair, I’ve seen Casablanca probably twenty times, and my mother’s only died once.)

4. We are sick of being success objects.

This is one of those things most men don’t even have the vocabulary to talk about. It’s a nameless pain, an unspoken discontent that eats away at far too many men. Just as women too often feel defined solely by their looks and their dress size, so too are men taught that our worth as human beings comes from our career, our bank balance, our success.

All those gold-digger jokes, all those lines about “So what if he’s short—he can stand on his wallet”… we know on a deep level that they’re not jokes. Those lines about how the job of a husband and father is keeping the bills paid—we understand those. We know that our attractiveness, our worth, our contribution to our families is all about how much money we can make. And it’s exhausting.

Some guys get resentful, thinking that even their loved ones just see them as a walking wallet. Some guys get tired, feeling like no matter what they make, it’ll never be good enough. Some guys spend their whole lives ashamed, having had it beaten into them that they’re only worth what they’ve got in the bank, and taking poverty or financial reversals as a deep personal failure. It eats away at us daily in a thousand little microaggressions, all the ways we’re made to feel Not Good Enough, when what they mean is Not Rich Enough.

5. Yes, we actually do need to adjust ourselves like that.

This one’s less of a major emotional issue, but seriously, enough with the jokes about how weird and gross it is. The equipment shifts around, it changes shape and size, it chafes, and it is very very sensitive. When it gets uncomfortable, it gets very uncomfortable indeed, so cut us a little slack, could you?

By  Noah Brand for TheGoodMenProject