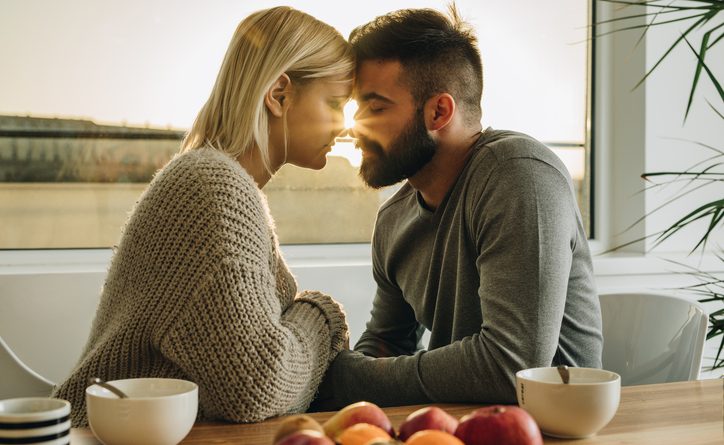 It’s a massive change when you finally meet a guy who’s not only decent and good but actually thinks that you’re a great addition to his life. You hope that someone will feel this way about you, but after so many crappy dates, it’s no wonder that you’re not the most optimistic person around. When a guy wants you in his life, you totally deserve a text back from him and so much more.

This is the very least that you should be getting from the guy that you’ve chosen to add to your life. Sure, not everyone is a texter, and you have a job and so does he. It’s not like you have to text 24/7, but when you reach out about a plan or just to chat, he should absolutely answer. If he doesn’t, he’s not into you. It’s really as simple as that even though everyone always makes it complicated AF.

You deserve a guy who wants to spend time with you. Period. You’ve dated way too many people who always claimed they were too busy to see you or who didn’t make you a priority in their life. Why would you put yourself through that again? Don’t even think about it. Date a guy who sees you on a regular basis and who is super easy to make plans with.

3. A SENSE OF SECURITY

Do you really want to spend every waking moment wondering if this guy even likes you and if he’s just playing you? Of course not. You totally deserve a sense of security from the guy that you’re dating. You need to know absolutely how he feels about you and there should be no anxiety or need to wonder about that.

These are basically the foundation of your bond. If you and this guy have inside jokes, then you have a connection that no one else can understand. Bonus points if these things are only funny to the two of you. There’s really no greater feeling than looking at someone and bursting into hysterical laughter over a single word or phrase. And it’s definitely fun to spend hours texting back and forth and proving how witty the two of you are.

If a guy can’t compliment you, then honestly, what is he even doing with you? The guy who wants you in his life knows that you’re amazing and he’s going to want to tell you. Yeah, it’s going to feel weird hearing such nice things since if you’ve been single AF for a while, then your dating life has been kind of miserable. Just goes without saying. He knows that you’re bringing something special to his world and he won’t be able to stop himself from telling you exactly why.

This may seem obvious and yet modern dating is all games and small talk. The right guy will want to have conversations with you that have some substance to them. You deserve to talk about your life and your career and your past and whatever else you want to share.

Without honesty, you really have nothing (nothing good, at least). This guy isn’t going to be the ones you’ve dated before who stared at you blankly when you said something real and honest. He’s going to talk to you like a human being and confide in you.

When you’re with the right person, you can literally sit in a room together for hours and hours and have the most fun ever. You don’t need fancy dates. But you’ll also go out into the world together sometimes and leave Netflix and your couch behind. Date nights are just a part of the mix.

10. FUN AND NO DRAMA WHATSOEVER

You don’t need your love life to be dramatic. The guy that you deserve to be with would never even dream of making things that way. Instead, he’s going to make every date really fun and chill and drama-free. You might not even realize that things are so good until you look back on your dating life and go, “Oh yeah…”

Look, it’s not like your guy needs to make every date like something out of a cheesy rom-com. That would be a bit much. But a bit of romance is definitely not a huge thing to ask for. In fact, you don’t need to ask for it at all. The guy that you deserve is totally going to do sweet, special things for you and you will have no idea when they’re about to happen. And it’s going to be just as amazing as it sounds.

By Aya Tsintziras for Bolde