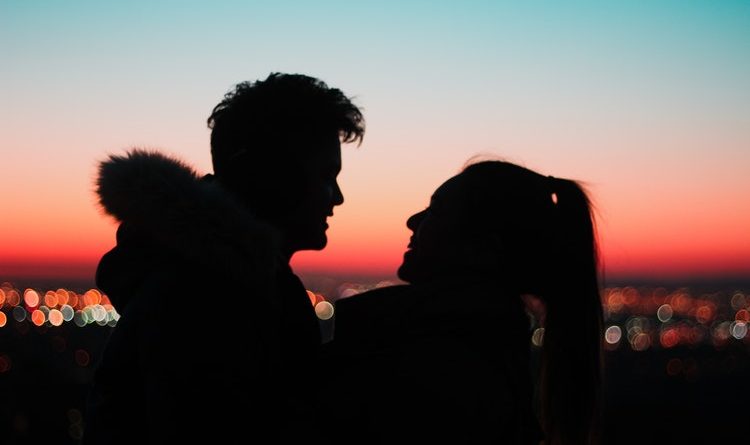 Missing someone is a sign that you truly care about them and that their presence isn’t easy to replace.

Nothing feels better than being told that someone we care about misses us when we’re apart. Whether it’s been 24 hours since your last date, or several weeks if you’re in a long-distance relationship, spending time apart can actually be good for things with your boo.

Not only does having time away from your boyfriend give you the opportunity to enjoy alone time or hang with your girlfriends, but it also gives you both time to reflect on the state of the relationship and appreciate that you’ve got a good thing going.

So let’s dive in and look at how to make him miss you and be chomping at the bit to see you again soon!

1. Be the Type of Woman He Would Actually Miss

Be pleasant to your man, and he’ll miss you.

Nancy and Peter always have a great time together. They crack each other up and have a language all their own. It’s clear that Peter enjoys spending time with Nancy.

On the other hand, Natasha and Boris bicker a lot when they’re together. Boris always prepares for Natasha’s nagging, because it feels like she’s always doing it. Spending time together is not a pleasure.

Guess which guy is going to miss his lady more when they’re apart?

Humans are actually very simple. Either we pursue pleasure or we avoid pain.

On the other hand, if your relationship is more like Boris and Natasha’s, all he’s hearing is you nagging for every little thing he does. The two of you might argue often, even though you care deeply for one another. Then all he’s going to feel is pain. This will not lead to him missing you. He may, in fact, choose to get away from you as often as he can!

The secret to how to make him miss you? Be an awesome girlfriend and partner. Greet him with a hug and a smile. Make him feel special. What man doesn’t love that?

If you have negative things to say, try holding them in. Or at least spread them out so your man doesn’t get hit by a barrage of criticism every time you’re together. Find constructive ways to bring up things that bother you, and you’ll be more likely to solve those issues than you would be by nagging him.

2. Give Him Some Space

He needs time away to miss you.

Now, this might sound a little cliché, but one common theme I’ve noticed in all relationships is that men usually want a little more space than women do. Men are very different from women, and that’s something you’ll have to accept.

If he needs a healthy amount of space, you’ve got to give it to him in order to let him miss you.

Encourage him to go out with his bros to play basketball or drink whiskey (sorry to say, studies show he prefers to hang with his bros than with you!). Don’t spend every night of the week at his house, even if he invites you. He — just like you — needs distance from you in order to feel closer to you.

And while you’re at it, assess your own need for space.

If you find that you never ever want space from him, it’s time for you to start finding your own space anyway. It’s not healthy for couples to spend all their time together. It can cause you to neglect your friends, family, and self. You can start to rely too much on this man (and, in my mind, you always need just a dose of independence for yourself) and lose your identity.

So even if you don’t want space for yourself, it’s good for you both, and it’s one of the easiest ways to make him miss you.

Find things that you can do instead of looking lovingly into his eyes all day. Create your own little space away from him. It could be as simple as reading every morning with your coffee, even if you two live together. Or taking a vacation on your own.

The more space you both have, the more you’ll miss one another and have lots to talk about when you connect again. And it’ll set the course for a healthy marriage when the time comes.

Not all married couples prioritize alone time; 29% say they don’t have enough alone time or time for themselves. This is easily preventable if you take the time to carve out time independent of one another, so know that doing so now is a great relationship practice for down the road.

3. Stop Trying to Make Him Miss You

Look, men aren’t stupid. We know when women are subtly (or not-so-subtly) trying to get our attention.

If, when you’re apart, you’re doing the following things, this isn’t how to make him miss you. It is, however, a good way to annoy him and even push him away. And it’s juvenile. You’re not 17. You can do better.

The best way to make him miss you is…

To be absent. You’re not really absent if you’re popping up on social media or text every five seconds. When you’re apart, go away.

I mean that with love, my dear. But you don’t need to constantly pop up in his feed for him to think about you and make him miss you. The less you’re around, the more likely he is to reach out to get your attention.

But don’t just sit around with your arms crossed, willing him to miss you. Get a life. Find things to do. That way you’ll have much to talk about, and you won’t be sitting around, hoping he’ll text.

4. Move Slower Than He Wants

Set the slow pace for your relationship.

I know where you went wrong.

You didn’t take control of the pace of the relationship.

You didn’t let him miss you.

You gave all of yourself to him right from the start, and then there was nothing to miss. A lot of women assume that just because a guy really wants to keep seeing them, they should let him, that they should be as available as he wants them to be.

However, my advice is to put the brakes on.

Let him have space. Let him yearn for you a little bit because that space is going to allow you to get to know each other slowly, which ultimately is better for the foundation of a solid and committed relationship.

I’ve seen it happen far too often: couples spend every waking moment together from the start. They have sex soon. Then things fizzle within weeks, and nobody knows what happened.

I know what happened. They took things too fast and suddenly the entire relationship just burns up into flames.

On the other hand, controlling the speed of how things happen is completely in your hands, and it absolutely is one of the secrets to how to make him miss you. Maybe the first few weeks, you decide you’ll only see him on weekends, and never stay the night. Over time, you might have a sleepover every few weeks.

That can increase as you get closer, but always be prepared to have time off from one another, or go home after a date rather than crashing at his house.

Kelley Johnson, PhD, a clinical sexologist based in North Carolina, says to have the conversation about the speed of your relationship early:

“Talking about [your boundaries] early on and making sure your partner is on the same page and has an understanding of who you are is so important.”

Setting boundaries early keeps you from hurting his feelings later when you say you want some space, or want to give him some. But you’ll both benefit from it.

He’ll miss you, I guarantee.

5. Leave a Little Mystery in the Conversation

Being mysterious makes him want you more.

Now, there’s a reason why when we watch a trailer for a movie we can’t wait to watch the movie. Because we get, of course, a taste of what the movie is all about but we have no idea what the whole full picture is about. We certainly don’t know how it ends.

The same thing happens when you’re first getting to know a new guy. (This is especially true if you’re using dating apps, where there is, for some reason, a propensity for grilling every man and getting as much detail about his life, career, and history as possible before even that first date!)

You don’t need to tell him your three biggest life accomplishments on that first date. Spread it out a little bit.

Maybe you mention how you broke your arm in 12th grade, but then say well, that’s a story for another date!

That makes him look forward to the next time you’re together when he can ask you about that crazy scar on your elbow.

It can be tempting to lay it all out on the table at once: relationship history, funny family stories, why you love your job…I get it. You’re bonding with this man, and you want him to know everything there is to know about you, and vice versa.

But doling out this data over time helps keep the relationship moving at a slow, steady pace (see #4), and always gives you more to talk about.

And when he believes there’s more depth to you, when he knows he wants to keep seeing you… he’s going to miss you. He’s going to want to dive into that complex person that is you, even if you only give him a nugget at a time.

Conclusion: How to Make Him Miss You? Stop Trying So Hard

It’s all about being confident in who you are and knowing you’re so completely missable that he’d be insane not to yearn for you when you’re apart.

Also, ask yourself why you’re so concerned about him missing you. Do you feel insecure about the future of your relationship? Is there cause for those feelings, or do you just need to feel more certain of him?

It may be that you don’t have enough fulfilling activities and interests in your life, and now you’re desperate to know you have his attention when you aren’t together. In that case, as I said in #2, get a life. What did you enjoy doing before you met, or even when you were young and had more free time?

It might be time to take up crocheting, hiking, or salsa dancing. These are all hobbies that, should he not be around, can occupy your brain and hands.

And you never know; he may be missing you and just not telling you. But it takes two to tango; make sure you’re communicating that you miss him, and he’ll be sure to reciprocate.

The feeling of longing and passion that happen when you miss your special someone can be part of the super-glue that keeps your relationship together.

Science backs this up, actually. Because being with someone you love produces a surge of serotonin and dopamine. The more time he spends with you, the more addicted to that surge he becomes. When he’s not with you, his body craves those chemicals.

So there you have it. Time apart = him going into withdrawal for you.

Basically, if he’s yearning for you, then you’re doing things right.

So… how do you like men to show you that they miss you? Let me know by leaving a comment below.

By Adam LoDolce for themindsjournal