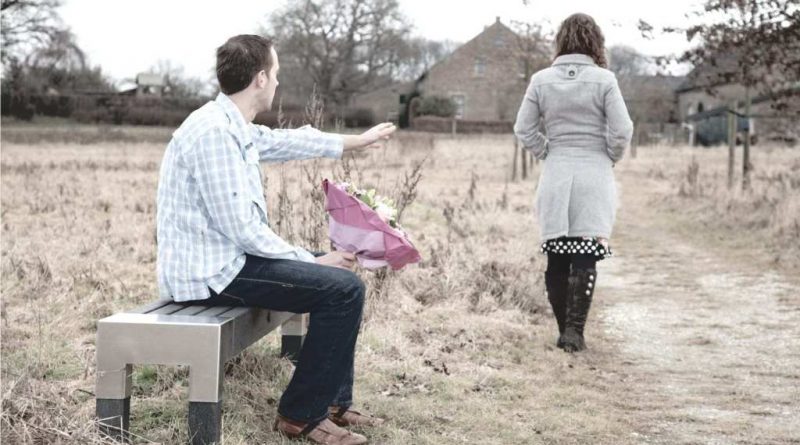 Women tend to invest a lot in a relationship; we put our heart and soul into it. We trust blindly, care immensely and love recklessly. We don’t put ourselves first when we are truly in love. My friend fell in love with a man who treated her wrong in so many ways. She trusted him and gave him everything she had. She refused to look past the fake box of perfection she had created for herself. Her idea of a perfect relationship was petty and shallow. She didn’t realize the wrong she was doing to herself; until she was finally out of the relationship.

Men want to be selected by a strong and independent woman; the kind of woman who knows her worth, respects herself and knows how to make people respect her. The moment a woman learns self-respect, she gains the ability to evaluate her relationship better. She prepares herself to leave the man she loves because she knows that her love for this man was for the wrong reasons. Every meaningless thing suddenly starts to make sense.

Here are some of the reasons that make women leave the men they love.

1. Lack of common interests are not a good sign

Okay, before I say anything, I want you to know that people change with time. It might be you or it might be your partner. It is very true that negatives attract, but you both should have some common interests. If you transitioned, it’s not necessary that your partner transitioned along with you. It was these common interests that initially helped you both bond, their absence will have a drastic effect on your relationship.

Any girl would be left questioning her decisions. My friend’s ex used to adore so many things about her but she told me that by the end of the relationship, he started to disapprove of almost everything she did, as if she were inclined to please him.

2. Lack of communication will kill you

Women need someone to talk to, it’s impractical for a guy to be by her side all the time but if you are absent most of the time, you are giving her one less of a reason to hold on. If you are not with her every time she needs you, it’s like practically asking her to move on. My friend’s ex would be absent for days without any explanation.

And by ‘being there’, I also mean that you need to be mentally present. You need to “listen” to her, not just nod your head at everything she says. Pay attention, become a valid part of the conversation and make the conversation lively. That’s the only way you can strengthen communication between the two of you and will make your relationship great.

Women need just as much physical intimacy as men. If you stop making sexual advances or are not taking care of her needs, she is probably going to think that there is someone else who is taking care of your desires for you. She is probably going to feel unwanted and worthless which will be very damaging for your relationship. Being physically intimate says a lot of things without the usage of words. Yes, not everyone who gets laid is in love, but love is the number one reason people have sex.

If you care about your partner and their needs in bed, they will have an assurance that your relationship is something worth holding on to and there is some spark left between you two. And I’m not talking about lust here. Lust can only survive for a while, love stays forever. You can only feel lust for someone for so long, and then it will go away and you won’t be attracted to them anymore. When you love someone, you are more attracted towards them, naturally.

You are more invested into activities that please you, the less time you give her, the more distorted she starts to feel about the relationship. We women want to be a priority, we don’t want to be treated as a convenience. If you want to be left alone, she will show resistance to a certain extent, after that she will seriously consider that you should be left alone for good. There is no “I” in a relationship. Remember, a relationship is an amalgamation of things, connected to one another, giving you both reasons to hold on to one another. If these connections don’t exist anymore, your lady will no longer feel inclined to stay by your side.

The biggest thing a woman needs is assurance and security. If your aren’t fulfilling your promises and not putting effort into your relationship, it will pull her apart bit by bit, to a point where she wouldn’t want to commit anymore and will probably look around for a new romance. A woman, unlike girls, doesn’t believe in fairy tales. She is a practical person and even though she would be very much in love with you, she would run out of reasons to hold on and when she does, she will walk away.

Insecurities act like slow-acting-poison and slowly kill any relationship from the inside. When a person is insecure, they project a certain negative vibe towards others. Insecurity doesn’t go a long way and it can only make you lose people. When a woman feels like her man is insecure, it’s a huge turn off. A man should have faith and trust in her woman, he shouldn’t be snooping around and he shouldn’t be asking her a million questions everyday.

If you’re THIS insecure with the person you love, it just means that you don’t really love them, love comes with trust and trust kills insecurities. Learn to trust your partners! I, too, used to be an insecure person and it caused me nothing but hurt throughout my relationship. I was immature and my immaturity made me insecure with every little thing my partnerВ did, and that drove them away from me.

Everyone lies every once in a while. Is it okay to lie? Well, no, not at all. It’s not acceptable to lie to the person you love, your relationship is built on the trust you have between the two of you and you’re just throwing it out of the window by lying to your partner. One way or the other, they will eventually find out that you lied and that’ll be the end of your relationship (or at least, the trust they had for you will never be the same).

When you lie to someone once, you’ll lie to them again. I’ve dealt with people who had a habit of lying and hiding things. They aren’t in my life anymore because you just can’t trust a liar. If you don’t want to drive your woman away from you, don’t hide things and don’t be a liar. Speaking the truth may hurt them or you, but it won’t be filled with a lot of guilt and a lot of smaller lies to support that first lie. Speak truthfully and be honest!

One of my best friends recently broke up with her boyfriend because of this same reason. He never used to let her have any personal space. None at all! Personal space is extremely vital for our sanities. We can’t be ourselves with anyone else unless we get to spend time alone with ourselves and do our own activities away from our partners. Our “me time” and our hang outs with our friends keep us sane and keep us happy.

If you want to make your woman love you and respect you, give her the space she needs to grow on her own. You’re not going to be a bad boyfriend if you let her breathe on her own!

8. Being too cold or “emotionally unavailable”

Being emotionally unavailable is one of the worst things you can do to your partner. She doesn’t want you to just hang out with her, go to fancy dinners with her, watch a movie with her and be “absent” during all of these things. She wants you to be emotional, she wants you to understand, she wants your love and affection, not your money etc.

People who are emotionally unavailable for too long with their partners often end up being completely distant from them in the long run and damage their relationships to a point where they can’t be fixed anymore. Be there for her, listen to her sadness, be there for her in her happiness, that’s what she wants.

9. Trying to change her

Remember, you love her for the person she IS, not the person you want her to be. We all should be loved for who we are, it’s what we deserve. You shouldn’t be with someone who’s on a constant move to change each and every thing about you. If you stick with such a person, you will slowly drift away from the person you once were and won’t be able to recognise your own self once they’re done with you.

If you try to change your woman, you’re not in love with her, you’re just in love with some idea of her and her being the way you want her to be. People don’t fall in love with the goal in mind to change the people they love, love is transparent and requires no change. If you actually love someone, you love them for who they are and not what you can make them into. That sort of selfish love only leads to fights, arguments, regrets and eventually, breakups.

10. Not giving her enough time

I’ve said this in a multiple number of articles that time is one of the most priceless gifts you can give to someone you love. When you spend time with someone, you tell them that they’re important to you and their company means a lot to you. People who tend to be “too busy” often end up alone but still stay busy. Don’t be the person who doesn’t have enough time to spend with his wife/girlfriend. If you’re very busy for a few days because of business, she will understand. But if you just develop a habit of not spending time with her and labelling it as “I’m just very busy with everything right now”,

she is going to see right through you and the thought that “my man doesn’t have any time for me” is going to hurt her beyond measure. I’m a busy person, I have a private business and I also have a very intense social life. But I ALWAYS spend plenty of time with my girlfriend so that she never feels alone. Whenever she’s sad, I’m there to support her. When she’s happy, I’m right there to share that happiness with her. Do not give off too much of an “I’m too busy for you” vibe or you will soon be filled with a loneliness and no one to talk to.

11. Comparing her with others

You can’t just compare one person with another person, everyone is different in their our ways and everyone has a unique personality, it is highly unfair towards them if you’re comparing them to someone else (or complain about how they don’t do something like someone else used to do). It’s a major turn off and it also makes the woman feel like she’s not being appreciated for who she is and she’s just put under a microscope and every move of hers is going to be judged and criticized.

Those who only pay attention when it’s something big, are the people who won’t always be happy in life because they won’t always get grand gestures and materialistic things in life. Learn to appreciate the smallest of efforts and make your women feel appreciated.