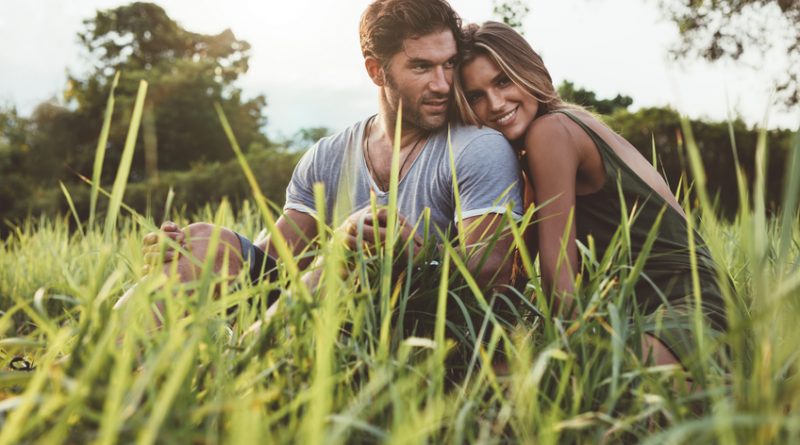 While some women feed on drama in relationships or put up with BS for the sake of not being single, a mature, intelligent woman knows exactly who she is, what she deserves, and how to be an amazing girlfriend. If you’re a grown woman, you need to love like one — here’s how you know you’re up to the challenge:

1. YOU DON’T LIE TO OR CHEAT ON YOUR PARTNER.

Any grown woman knows that if the relationship isn’t working or doesn’t make her happy anymore, it’s time to say goodbye. If you find your eye wandering or catch yourself wanting to be less than honest, you know it’s time to get your act together. You respect the person you’re with enough to give them the decency of a real conversation and a real ending before you move on with your life. It’s called being a mature adult.

2. YOU DON’T GET JEALOUS OVER PETTY CRAP.

Jealousy is rarely ever sexy and as a grown woman, you can think of better ways to spend your time in a relationship than throwing a fit over something like some other girl liking your boyfriend’s Instagram picture. You’re secure enough in yourself and your relationship to not freak out over stuff that really doesn’t matter and to let outside parties influence the relationship. In fact, you find it flattering that other women admire what you have — it shows you have someone of value in your life (which you already know, of course — that’s why you picked him).

You only want a relationship that comes naturally and isn’t forced, so when you choose a partner, you avoid the fixer-uppers and the guys who aren’t already on the same page as you. You’d never offer a guy an ultimatum to get him to change — you know better than to waste your time. Not only are you uninterested in changing a guy, you’re just not that manipulative.

4. YOU DON’T BECOME DEPENDENT ON YOUR PARTNER, FINANCIALLY OR OTHERWISE.

Grown women are grown for a reason —you bring your own empire to any relationship you end up in. You were strong and amazing before you met your partner and that doesn’t stop just because you have one. Plus, you’re smart enough to know that if things don’t work out, you have the means to survive on your own, and that’s sexy AF.

5. YOU DON’T CONTROL YOUR PARTNER’S FRIENDSHIPS.

Some women feel ownership over their partners and think it’s perfectly cool to dictate who they are and aren’t allowed to be friends with, especially other female relationships, which ties into the point about jealousy. You, on the other hand, accept his social circles without question (within reason, of course) because you know that accepting and loving the people who are important to him is a huge part of a good relationship.

6. YOU DON’T ARGUE WITH YOUR PARTNER IN PUBLIC.

Have you ever seen a woman who’s nagging her boyfriend right out in public and rolled your eyes? That woman wasn’t a grown woman. You know there’s a time and a place to deal with relationship issues and it’s not in a public place. You insist on keeping it classy and mature. You can air your grievances without an audience, thanks.

7. YOU’D NEVER SACRIFICE WHO YOU ARE FOR ANY GUY.

You’d never sacrifice things about yourself just for the sake of having a guy in your life. You know you’re the first and most important thing in your world and that continuing to grow and nurture that will serve you well throughout your life. When you’re happier with who you are naturally, you’ll be happier with your partner as well.

8. YOU DON’T LET YOUR PARTNER CONTROL YOU.

Controlling behavior and crappy treatment is an ultimate dealbreaker for a grown ass woman and you won’t have any of it. You refuse to let a guy run your life or make your decision and you sure as hell won’t let your partner (or anyone) treat you with any sort of disrespect. You love yourself enough to walk away from that BS.

9. YOU DON’T DANCE AROUND WHAT’S REALLY BOTHERING YOU.

If your guy asks you what’s wrong, you don’t go with the cliche “I’m fine” when you’re not. You know that it’s better to be upfront and honest about whatever’s upsetting you than to pretend it’s not happening. A relationship can’t survive without healthy and clear communication, and you know better than to let that element slip

When you’re in love with a good guy, you would never take advantage of his goodness or take him for granted for even a moment. You’ve done the legwork in your own life and once you’ve found the kind of love you truly want, you don’t screw it up by treating him like crap. You respect and love your partner the same way you love yourself, and that’s everything.