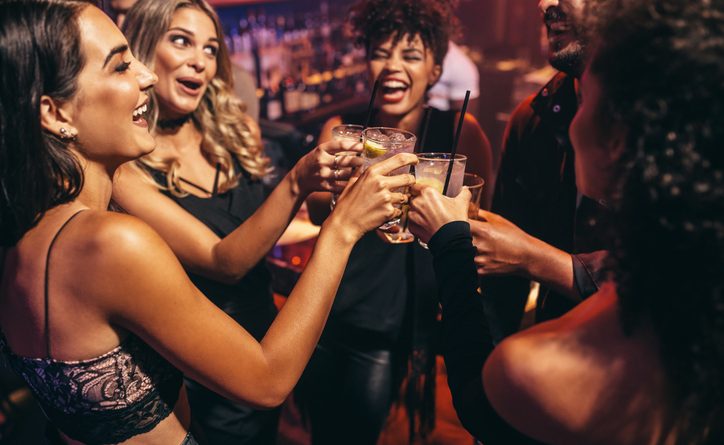 Women who don’t give AF aren’t heartless or uncaring, they just know how and where to spend their energy and have no time for anything that doesn’t serve them. For these reasons and more, they make the best friends you could ever have.

1. THEY’RE NOT AFRAID TO TELL YOU THE UNFILTERED TRUTH.

Women who don’t give AF will never sugarcoat their advice or lie to spare your feelings. While they’re never unnecessarily rude and try not to insert their opinions when they know it’s not welcome or asked for, they won’t hesitate to give it to you straight when you ask them what they think or feel about a given person, situation, etc.

2. THEY WON’T HESITATE TO STICK UP FOR YOU.

While never unnecessarily aggressive, women who don’t give AF will always have your back and will always stick up for you when it comes to terrible guys, bitchy women, or even the jerk who cuts in front of you in line at Starbucks. They know you can take care of yourself, but they also believe in power in numbers.

3. THEY DON’T SWEAT THE SMALL STUFF.

Women who don’t give AF definitely don’t give AF about inconsequential BS that won’t matter in a few days, weeks, or months. They know that unnecessary drama is distracting and pointless so they don’t bother getting caught up in it. Instead, they keep a clear head and know how to choose their battles, and it’s refreshing as hell.

4. THEY’RE NOT COMPETITIVE OR JEALOUS.

While insecure women can get ultra competitive or even nasty towards other women who have what they want for themselves, this definitely isn’t the case for women who don’t give AF. Instead, they worry about their own lives and their own journey. That means when you accomplish something amazing, they’re genuinely happy for you. They’re your biggest cheerleader and you can be sure it’s not fake—they truly mean it.

5. THEY’RE ALWAYS DOWN TO PIG OUT.

You’ll never catch women who don’t give AF on strict diets or depriving themselves of the foods they love most. While they know how to take care of themselves and make their health a priority, they also don’t berate themselves for eating a whole bag of Doritos in one night and they definitely won’t turn you down when you ask if they want to order Chinese. Of course they do!

6. THEY DON’T OBSESS OVER TOXIC GUYS.

Players, cheaters, liars, and commitment-phobes have no place in the lives of women who don’t give AF. Since they have no time for drama or people who don’t treat them with the respect and consideration they deserve, they don’t even entertain the idea of guys who aren’t up to the task. If a guy starts playing games, he’s out, end of. Women who don’t give AF won’t be crying to you for months on end about guys who are clearly bad for them.

7. THEY KNOW HOW TO HAVE THE MOST FUN.

Women who don’t give AF are carefree and happy. They don’t let little things get them down and insist on making the most of every single day. They’re always up for adventure and spontaneity is the name of the game. When you hang out with them, you’re guaranteed to have an amazing time.

Being like everyone else and trying to fit in are totally foreign concepts to women who don’t give AF. They don’t care what everyone else is wearing, watching, listening to, or anything else. They’re totally themselves 100% of the time, which is refreshing and a lot of fun to be around. These women are basically the best.

By Jennifer Still for Bolde