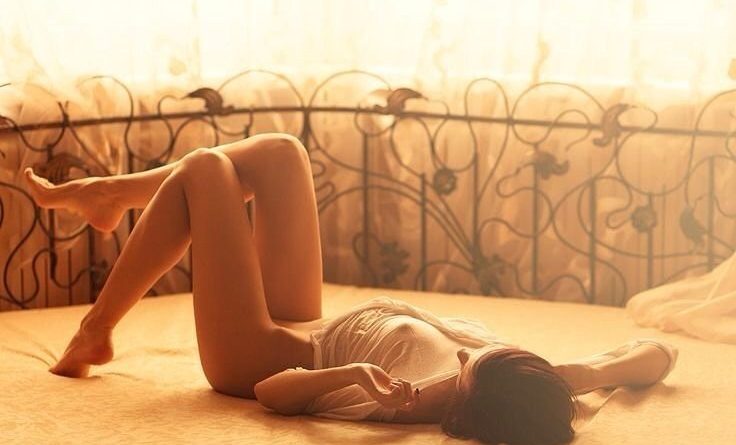 Overall, sex is sex: it’s amazing, fun, and romantic in any position that you and a partner explore. So many human senses are utilized which assure eroticism and pleasure. Similarly, every zodiac sign has their own personality and ins and outs of the individuals. I won’t deny that a partnership’s sex position depends on the mood, setting, maybe even music, but the dispositions of those involved, which are influenced by astrological powers, also play a definite role. There are orgasmic pairings that explore sexual spirituality and, trust me, when the bible of sex positions, the Kamasutra, is combined with the stars, the rest is history.

P.S. All moves are gender neutral.

Think of a wheelbarrow! This fire sign burns The Plough position because of the energy, speed, passion, and, most importantly, the challenge as one partner hangs off the bed and the other is holding his/her legs around them. Aries individuals love a good physical test, and if they really want to include a workout into their sexy time, The Standing Wheelbarrow may be their new favorite move as it is just like The Plough but excluding the bed.

Taurus’s love stability and to be enclosed by tenderness, specifically through sensual senses: touch, taste, sight. Nonetheless, they are also conservative and reliable—these sexy seducers aren’t ready for anything too wild, but The Close Up is just enough of naughty and love for them. Both devotees sit upright and hugging with one enthusiast wrapped around the other to help ease the push of the hips in and out.

This gentle sign enjoys intimacy, but revels in fun and new experiences, as well; thereby, The Reverse Cowgirl is the best of both worlds as a Gemini can be affectionate and mix up the traditional front-facing girl rides boy position by turning around and showing off that booty (I asked a Gemini and he definitely agreed)! In addition, to increase the connection between the two mates, the girl can lean forward and rest her arms on his knees—this move is called The Rider.

These imaginative, emotional creatures become attached quickly and are not the most patient of the bunch. Cancers don’t like to be on the brink of an orgasm for too long: they’d rather reach it and enjoy the sensation. Therefore, The Eagle, where one partner is laying back on the bed with legs slightly bent and in the air and their lover penetrating deeply in between their legs while enjoying the view is perfect for these lovebirds. #boomchickawawa

Drama-seekers such as Leos are ready for the hilariously fun challenge of The Splitting Bamboo; however, I hope it’s obvious that at least one dare-taker has to be flexible enough to lay on the bed with their leg straight up **ouch** while the other holds onto the erect leg to slip wholeheartedly inside. If you really can bend without breaking, The Lustful Leg, which is similar but standing up, could be something to attempt!

Libras are not loners! They need to be with someone at the moment, so they need a position that celebrates partnership! The Slide is a classic move that creates a peaceful vibe between two aficionados. Libras are the justice fighters and as one partner is on top, thighs together sliding against the other, an aura of equality and endearment is generated.

As the name insinuates, this move is, well, nirvana, bliss, paradise. This move was discovered for orgasms, and Scorpios, the red-hot and most sensual fighters, are made for the intensely intimate actions as The Nirvana allows an expression of emotion like no other: with one lover pressed up against and on top of another whose hands are above and grasping onto the bedpost **keeping their thighs together** this experience shrieks carnality. Make sure to keep those legs together to really intensify the gripping effect!

Finally, we’ve got the playful, humorous Sagittarius who is ready to have a good old time and, simultaneously, have a stress-free laugh. The Clasp is a high-spirited, balance-demanding move that assures enjoyment. As he stands up tall with a strong, filled grasp of her toosh, she wraps her legs around his body! For more of a risqué experience, use a wall for support, which will also help with a deeper penetration as the couple pushes off the wall.

With one participant looking a little too uninvolved as they lay on their back and the other relaxed partner at a 90-degree angle moving up and down with their legs over the other’s side, The Afternoon Delight screams for the serious and controlled Capricorns. Obviously, not all traditional Capricorns lack compassion and the necessary expression of emotion for sex, but, in general, this nonchalant position is perfect for these strict, but respectful souls.

Although quiet and commonly yearn for intellectual stimulation, these air signs know how to enjoy the moment with someone they admire. The Bandoleer, when one partner has their back to the bed and feet pressed against another’s chest who kneels and penetrates, allows the necessary openness and communication that the Aquarius craves.

The selfless Pisces beings must feel a true connection before expressing the compassionate emotions that sex elicits. Once that bond is made, however, they are willing to give their partner everything; thus, The Bridge is the ultimate movement as, if flexible and muscular enough, the Pisces does a backbend while their partner rides them! #yeehaw

There are so many more moves to explore, so be sure to fantasize about the multitude of sex positions and, more importantly, practice!