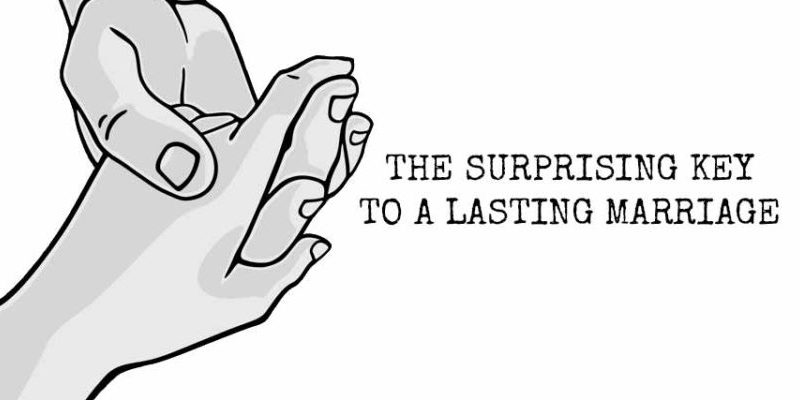 Marital expert John Gottman has been studying happy and unhappy couples for decades – and his findings still manage to surprise us. In a recent study, Gottman followed 130 newlywed couples for twelve years of marriage to identify factors that were crucial to a loving union. One of his findings was particularly interesting, because it touched upon the inequalities of gender, power, and emotional intelligence in our society.

According To Gottman, Men Who Allow Their Wives To Influence Them Have Happier Marriages And Are Less Likely To Divorce Than Those Who Limit Or Disregard The Influence Of Their Wives.

Why, though, is this responsibility unilaterally put on the men? As Gottman explains in The 12 Year Study, the importance of this skill is not limited to heterosexual males. However, because of the way most men are socialized, they struggle with it the most. Women – even those in unhappy marriages – are much more likely to accept the influence of their husbands. Same-sex couples seem to come by this balance of power naturally.

According to his New York Times Bestseller The Seven Principles for Making Marriage Work, marriages can easily survive disagreements. What gets us in trouble is when we meet our partner’s complaints with negativity, rather than attempting to de-escalate and solve the problem.

Because men are socialized to win and overpower, this is a difficult concept for many to master – especially in the heat of an argument. Dr. Gottman explains that 65% of men increase negativity during a confrontation. This is most often done through use of The Four Horsemen – criticism, defensiveness, contempt, and stonewalling.

Of course, women are guilty of these behaviors as well. However, men are more likely to use them in the context of resisting influence. Women tend to use them in other ways. A woman will become just as critical, contemptuous, and defensive in her anger. However, she will almost always still take her husband’s influence into account when making a decision.

Most women are socialized to be passive peacemakers, while men are socialized to be leaders. This can make it difficult for a woman to exert proper influence as an equal in a relationship. It can also make it difficult for men to accept this influence. Gottman’s research suggests that even men who consider their partners to be equals may not take their influence into account as naturally as they may think.

This may sound far-fetched, but the statistics do not lie. Dr. Gottman’s research shoes that when a man is unwilling to accept his wife’s influence, the likelihood of a marriage falling apart rises to a terrifying 81%.

From the time we are children, men are socialized to play rough, win at all costs, and disregard the feelings of others – as well as their own. Women, however, are socialized to get along, prioritize social relationships, and become caregivers. This is certainly not the case one hundred percent of the time. Some women are deeply competitive and insensitive. Some men are natural nurturers. However, according to Gottman’s research, only 35% of men are considered to have high emotional intelligence.

Fortunately, men can learn to accept their wife’s influence, even if doing so is at odds with their natural instincts. They simply need to change their mindset when dealing with their wife. “I” must become “we.” “Win” must become “solve.” A deeper connection must be made both with his wife and with his own emotions. It isn’t easy, but it can be done.

As Friedrich Nietzsche Wrote, “It Is Not A Lack Of Love, But A Lack Of Friendship That Makes Unhappy Marriages.” Treat Your Partner With Love, Respect, And Admiration.

Remember – winning is not the goal of a marital argument. Reconciling and strengthening your bond is.

BY ROBYN REISCH for IHeartIntelligence