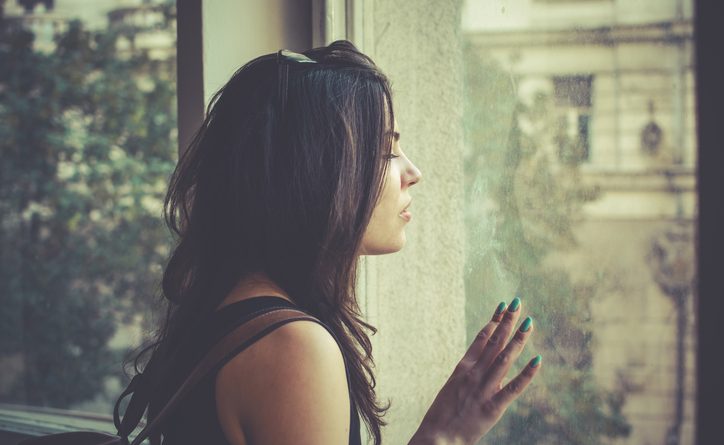 I’ve experienced enough dating to know when to read the warning signs that a guy is pulling away. When one minute you’re hot, making plans with me constantly and blowing up my phone, and the next minute you’re cold and distantly available, I know where things are headed. You might think it’s cool to test me or to try and figure out just how into you I am by acting distant, but I’ve got some bad news for you: if you pull away, I won’t be chasing you.

1. IF YOU’RE PLAYING A GAME, I’M NOT INTERESTED IN WINNING.

I know all about the rubber band effect that guys pull with women in an attempt to see how much pull they really have. As far as I’m concerned, if you need to test me with games to prove my value, it’s clear that you’ll never posses enough integrity to earn me in the first place. You can go ahead and pull yourself all the way into another galaxy for all I care. I refuse to play nonsense games.

I won’t ever beg or plead for a guy to stay with me because I truly believe the right guy for me won’t have to question it. If you’re pulling back with the communication and are suddenly too busy to spend time with me, I’ll do nothing but move on without you. A better man lies ahead for me.

3. I HAVE MORE PRIDE IN MYSELF THAN TO PROVE MY WORTH TO YOU.

You might be used to girls who are willing to work overtime to stay in your life even after you begin to treat them like crap, but that’s not how I operate. I’m proud of the woman I am and I know that there are plenty of guys who are ready and willing to show me how lucky they are to have me and vice versa. I won’t waste my time buying into your BS when I could be blissfully happier forgetting your existence.

4. A REAL MAN WOULD END THINGS LIKE A GROWN UP.

If you were truly worth my time, you would at least end things thoughtfully and like an adult should. The fact that you would use the slow fade pull away move as a means to show your disinterest only shows me just how much better off I am for knowing who you truly are sooner than later. You’re not the guy for me.

Even if I was having a blast spending time with you and getting to know you better, I won’t even be fazed if you decide to drop off the map and go MIA. I’m used to this type of behavior in the modern player culture and refuse to waste any more negative energy on it. In the words of Beyonce, I could have another you in a minute.

6. I DON’T WANT SOMEONE WHO DOESN’T WANT ME.

I could bait you with cute texts, emojis, some sexy pictures or I could lower myself to a booty call just to keep you in my world, but why would I bother? It’s clear you’re not completely into me because if you were, your interest wouldn’t have faded so easily. I want a guy who notices my absence and keeps craving his way back into my inbox, company, and life completely — not the guy who treats me like I was nothing special.

7. I WON’T BOTHER WASTING MY ENERGY WHEN I’VE GOT BETTER THINGS TO DO.

Before you, I was doing just fine on my own. I refuse to allow the way you’re attempting to reject me pull me down or make me feel low about myself. You’re just another guy who’s chosen to come in and out of my life without adding any real value or experience. Your sad excuse for letting me down by pulling away isn’t a rejection at all in my eyes. If anything, you’ve only propelled me forward towards the guy who actually deserves me. I should actually be thanking you, I guess.

8. I’D RATHER MOVE FORWARD AND REPLACE YOUR MEMORY THAN CHASE YOU.

Once upon a time, I may have been the type of girl who couldn’t stand the thought of losing a guy and would find any excuse to turn up in his life even though he was clearly not feeling it, but I’ve grown up and I’ve learned from my mistakes. You can pull away as far as you’d like and for as long as you’d like because one thing will remain the same with me. Once you drop the effort and once you create the distance, there’s no chance in hell you’ll ever be welcome back here. I’ll be too busy moving forward towards replacing our memories with more worthy experiences. Hint: none of them include you or waiting for you to come back to me.

Like I said, I’ve been here one too many times with guys and I’m sick of the insanity. Pulling away from me isn’t going to drive me wild in a good way or make me step up my intensity to keep you interested. I’m always 100 percent myself with any new guy I date and if it’s not enough for you, I’ll let you walk away and keep my head up with pride. I’ve learned over time that if I’m going to chase anything, it’s going to be my dreams and not some guy who pulls away as a means of breaking things off. I’m too good for that nonsense.