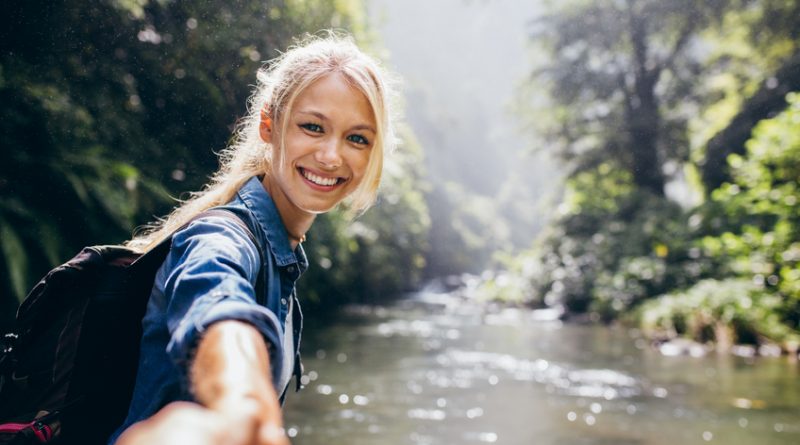 Being a good girl in a rough dating world can be seriously tough. It seems like even when you do everything right and prove that you’re the kind of girl that a guy should want to bring home to his mom, you still end up unlucky in love. Are the “nice girls” just doomed to end up single forever? Here are a few reasons why love seems to have such a hard time finding the girls out there who are truly made of wife material:

1. THEY FORGET TO PUT THEMSELVES FIRST.

They don’t try to put themselves last, but girls who give their all to a guy often forget to make themselves a priority, too. What happens as a result is that they allow themselves to be walked all over. It’s part of their nature to spoil the guy they’re with, but that often leads to them getting taken advantage of and then dumped when the guy starts to believe that ANY girl could treat him like that.

2. THEY ATTRACT THE WRONG GUYS.

The idea that opposites attract is definitely true here. I hate to even say this because it’s such a stereotype, but it’s true: good girls attract bad guys. For some reason, the manipulative, shady type of men always go for the caring, selfless type of women. It’s a recipe for disaster, and even though these awesome ladies know they deserve better, their trusting nature somehow leads them to fall for the jerks.

It’s not that they try to be. They just tend to pour their heart and soul into the people they care about, and if they end up with a guy who really needs his space, it can come off the wrong way. These girls have a lot of love to give, and when they find someone to give it to, it can be a little overwhelming. It’s probably why so many of their relationships end with a conversation about how things were “moving too fast” or how they were “looking for different things.”

4. THEY COME ACROSS AS BEING “FRIEND” MATERIAL.

I don’t believe in the “friend zone,” but I do believe that some people just seem more like BFF material than boyfriend or girlfriend material. Some girls are just so sweet to everyone that the people they’re actually interested in don’t even realize that they’re flirting. When a truly nice girl starts crushing on a guy and making moves on him, he might think, “I really like her, but she’s always this sweet with EVERYONE. I’d be stupid to think that she was into me like that.” As a result, he won’t make any moves, and she’ll be left wondering what she did wrong.

5. THEY INVEST TOO MUCH IN THE PEOPLE THEY DATE.

When you date a truly nice woman, she makes you her whole world. She’s the type of person who loves spoiling the people she cares about, so when she starts dating someone, she goes all-in. In the process, though, she runs the risk of losing herself. Women like this get so involved with their partners that they often fail to see the signs that a relationship is failing or that maybe the guy in the equation isn’t as into it as they are.

6. THEY GET ATTACHED TOO QUICKLY.

When nice girls fall, they fall HARD. It’s usually not something they can help, but it ends up scaring guys away all the same. They go into any relationship with everything they have, and even if the guy isn’t all that great, they’ll still find themselves thinking about him all day and all night. No matter how hard they try to hide it, the guy they’re seeing usually ends up figuring it out, and he bolts before he starts to feel trapped.

7. THEY ONLY SEE THE GOOD IN PEOPLE.

Even if a guy is royally messed up, women with big hearts can only see the way he loves dogs or brought flowers to her work. They’re involuntarily blinded by how much they like someone, which makes it hard for them to see all the ways a guy could be bad news. Even when all the red flags are there, they’ll ignore them if they like someone enough.

8. THEY MAKE “NICE” THEIR DEFINING QUALITY.

Sure, they’re great girlfriends, but a lot of times, “nice girls” place too much importance on being “nice.” They give the relationship their all, but neglect to take care of the other important things that guys value, including their own hobbies and interests. These women have so much to bring to the table, but because they don’t put enough emphasis on their other awesome characteristics, they often get passed over in favor of other women.

9. THEY HAVE THE SAME EXPECTATIONS FOR GUYS THAT THEY HAVE FOR THEMSELVES.

When you’re a cool person, you end up expecting that everyone else is going to be cool, too. These awesome women know the great things they’re capable of in a relationship, so they tend to expect the same from other people. The sad reality, though, is that the type of people they end up with don’t always meet those standards, leading things to end much sooner than they’d hoped.

10. THEY AREN’T ACTUALLY ALL THAT NICE.

Just like the “nice guys” who think that treating someone with basic human decency should be enough for them to attract all kinds of women, there are lots of women out there who think they’re a lot nicer than they actually are. On paper, they might seem like wife material, but if they’re just being nice to attract a man, chances are they’re hiding a much less pleasant personality below the surface. Before you start to question why no one wants a nice girl like you, ask yourself first if your kindness is really a part of your personality or if you’re just using it as a tool for your own gain.

By Averi Clements for Bolde