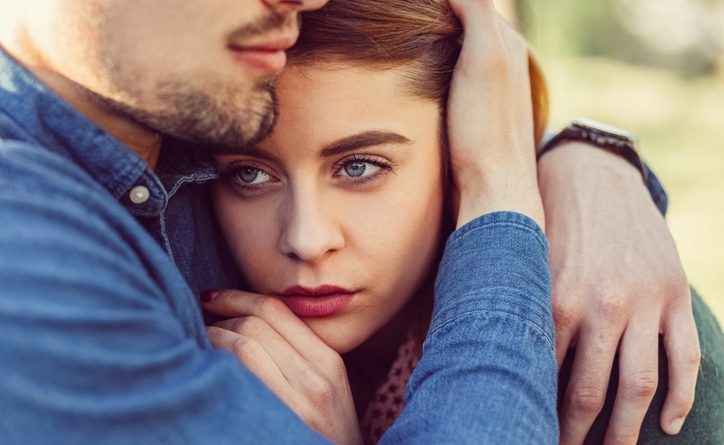 After you’ve been damaged by multiple relationships with toxic guys, it’s really tough to open up your heart again even for your dream guy. Contrary to popular belief, it’s not always happily ever after when your true Prince Charming arrives.

1. YOU DON’T BELIEVE THERE ARE GOOD GUYS.

Logically, you know that not all men are the same. But you’ve been betrayed, belittled, and used, so it’s really hard to have faith in good people right now. You feel like even though this new guy you’re dating seems really different from the toxic men you’ve loved in the past, you’re really skeptical of him.

2. YOU’RE WAITING FOR HIM TO HURT YOU.

You start dating him because he’s so wonderful but you can’t really enjoy yourself. At the back of your mind, you’re constantly waiting for him to hurt you. It could be with a demeaning word or a Facebook message from some other woman which exposes him as a cheating bastard. You might even have imaginary conversations with him where you discover he’s no good and kick him to the curb. It’s like you’re practicing for the real thing so you can prepare yourself for pain.

Even though he hasn’t hurt you (yet), you can’t help but be tempted to push him away. It sometimes feels easier because then you don’t have to put your heart at risk of getting smashed again. Of course, the disclaimer is that you’ll be sabotaging your chance to have a good relationship for a change.

4. YOU’RE AFRAID OF LOSING YOURSELF.

You lost yourself to those other bad relationships and dread it happening again. You almost don’t want to fall for him in case it happens. It’s like you’re holding onto anything you can so you don’t get swept away because you’ve been taught that getting swept away means a nasty crash-landing back to earth.

5. YOU DON’T TRUST HIS FEELINGS.

How can a great, stable and sweet man have genuine feelings for you? If you’re experiencing this, you’ve had a horrible number played on you by toxic men in the past. Being with a toxic man destroys your self-confidence which means you won’t see all that makes you amazing even if other people can see it.

You can’t rush into things because you need to keep your feet on the ground, so you’ll ease into dating him and take things really, really slowly. It’s like putting your toe in water to test the temperature and then taking ages to cover your body in it. But while he’s waiting for you, you’re not playing hard to get, you’re riddled with doubt and worries that you’ll be making a huge mistake by letting him in.

7. YOU’RE AFRAID OF HURTING YOURSELF.

It’s normal to blame yourself after dating a toxic man. You might wonder why you didn’t see the signs early on in the relationship or why you gave him a second chance. Although what he did to you isn’t your fault, you can’t help but feel you hurt yourself by staying with him. Now you’re afraid to hurt yourself again by letting another man in, in case he’s a bad guy just like the others. You need to learn to trust yourself, and that takes time.

It sounds crazy, but you feel guilty for accepting this new guy’s love. Your self-esteem is so low after being with toxic guys that you feel you don’t deserve love. You’re also so used to having to do all the work with guys that you feel weird about receiving goodness. But don’t be. You should be embracing it because you deserve every last ounce of it.

9. YOU DON’T BELIEVE IN GREAT LOVE.

You used to believe in great loves until those toxic a-holes made you realize how much bad stuff is out there. But stick with this guy and he’ll show you otherwise. Yes, the great loves do exist. Don’t let toxic guys make you believe that it doesn’t. That’s their tragedy, not yours.

10. YOU EXPERIENCE ANXIETY AT EVERY RELATIONSHIP MILESTONE.

When he asks you to be exclusive with him or he tells you he loves you, you freak out a little. Things are getting serious which means there’s more at stake and more to lose if things fall to pieces. It’s really scary!

Toxic relationships are freaking exhausting. You’ve given so much of your time, energy, and love only to have it shredded to pieces. Because of this, the thought of a new relationship feels really draining and overwhelming. You’re not sure if you have it in you to start from scratch with someone new, yet you don’t want to miss a chance.

12. YOU’RE UNSURE IF YOU SHOULD LEAVE SINGLE LIFE.

Being single after a string of toxic relationships felt amazing. You felt so free and independent again, and you could fall in love with the life you’d neglected. To give up that freedom is scary, and maybe if you feel that strongly about it, you shouldn’t. It’s better to miss a chance with a good guy instead of doing something that just doesn’t feel right for where you’re at right now. Thanks to those toxic relationships, you’ve learned a valuable lesson: you matter more than any guy.