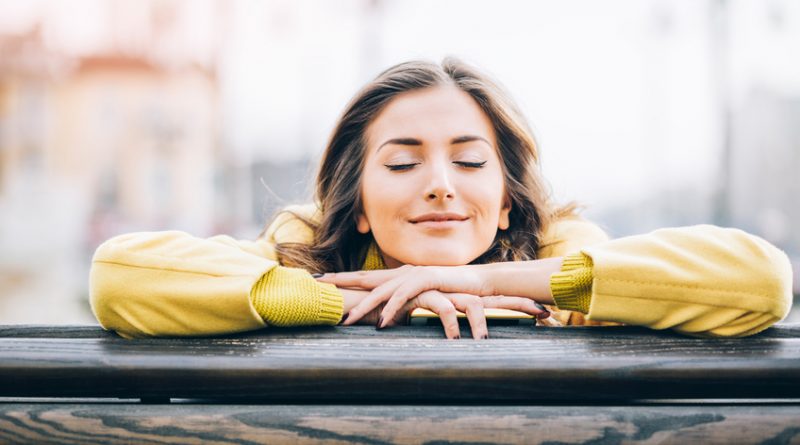 I always hear people saying that they’re scared to fall in love again, and while I get it, I don’t feel the same way. For me, the most terrifying part of getting into a new relationship isn’t the part in which my heart goes into overdrive when the object of my affection makes eye contact with me, but the part in which he looks me in the eyes and tells me it’s over. This is why the reasons I want to run away from relationships have nothing to do with love and everything to do with the risk of heartache that comes with it.

I can’t help it. Every time I get into a relationship with someone I like, it’s not long before I’m head over heels for the guy. I have such a hard time restraining my emotions, so I know it’s going to hurt that much more when things inevitably come crashing down later on.

Love itself is awesome. If it hurts, then you’re doing it wrong… unless you’re so in love with someone that you feel your heart swelling at the very thought of them. Growing to love someone is one of the greatest parts of the human experience, and when I’m in THAT stage of a relationship, I can’t get enough. It’s when that love starts to break that it all goes downhill.

3. PAST RELATIONSHIPS HAVE MADE ME PARANOID.

I’ve dated a few guys that I’ve been able to let go of without too much damage to my heart, but I’ve also seen exactly what can happen when the love you give blows up in your face. Now, rather than being hopeful about the future, I’m terrified by the prospect of repeating the past. I know I need to get over it if I ever want to be happy in a relationship again, but it’s so damn hard.

4. REJECTION IS SCARIER THAN LOVE COULD EVER BE.

Being told that you’re not worthy of someone you care about is one of the most painful things a person can experience. Whether it’s the friend you’re in love with who only sees you as a “sister” or the long-term boyfriend who woke up one day and decided he’d rather be with someone else, it’s amazing that experiencing that pain just once isn’t enough to scare us away from ever falling in love again.

5. I FEEL LIKE I CAN’T TRUST ANYONE ENOUGH TO FALL IN LOVE AGAIN.

After being crushed so many times by guys I thought would never hurt me, I can’t help but feel like every man will eventually do the same to me if I let him. Even though I swore I’d never be the person to keep people out, I’ve started putting up emotional walls to protect myself. I know they probably won’t do any good when I find a new love interest and they get put to the test, but I’ll try anything to soften the blow in case things don’t work out.

Sometimes I think I’m creating a self-fulfilling prophecy: I expect things to fall apart, so my paranoia ends up destroying the relationship I’m in. I know it’s not healthy, but I can’t stop myself. As much as I love finding someone I connect with on such a deep level, my experience has shown me that it’s only a matter of time before my heart gets broken, and something inside me keeps telling me that it’s better to be prepared.

7. LOVING SOMEONE MAKES IT EASIER FOR HIM TO HURT ME.

Who really cares when that player you knew was bad news decides he’s not into it anymore? The end of every fling and relationship isn’t a tragedy, but it’s completely different when you love someone with everything you have. Once he’s found his way into your very soul, it makes it that much easier to destroy it.

When you get into a relationship, there really are only two options: either you stay with him forever, or you eventually break up. Both options are equally terrifying to me, to be honest. Since only one guy is going to be the one who I end up with for the rest of my life (hopefully), that means I’m going to have to go through a lot of pain before I find him. I have to ask myself if it’s really a good idea to put myself through everything involved in being in love when it’s very probable that it won’t work out in the end anyway.

9. I CAN’T HELP BUT WONDER IF IT’S REALLY WORTH IT.

As awesome as it is to be in love, is it worth the pain that comes when it starts to break down? I want to find someone awesome to be with, and yet, I struggle with figuring out if all the butterflies in my stomach are enough to justify the excruciating pain that comes when everything falls apart.

10. LOVE IS GREAT WHILE IT LASTS, BUT WHEN IT’S GONE, IT’S SO PAINFUL.

Some might say it’s all in your head, but when things end between you and a person you deeply care about, it can really feel like he ripped a chunk out of your heart and took it with him. I know that eventually I’ll need to get over my fear of being hurt again, but it’s going to take a lot of effort for me to convince myself that the good parts will outweigh the agony if it ends.

By Averi Clements for ThoughtCatalog