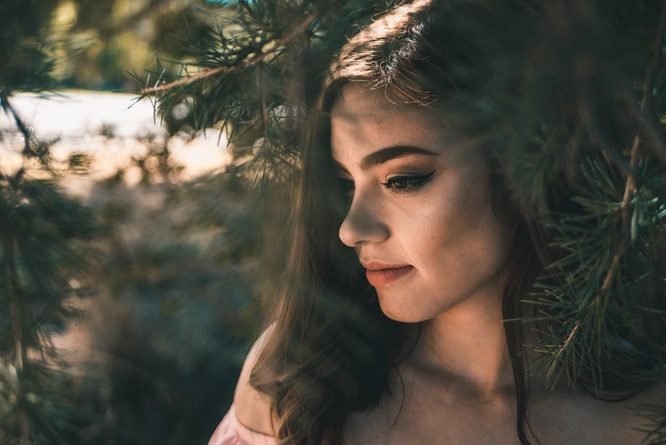 After our first date, he called me to tell me how much he liked me and wanted to see me again. I was so keen to date him, but then after a few more weeks, he ghosted me. WTF? I wish I’d never allowed myself to like him — but really, I only have myself to blame.

1. HE WAS NEVER GOING TO BE MY BOYFRIEND.

There were signs he’d have made a crappy boyfriend. His actions weren’t matching his words about how much he liked me. He could go days without seeing me or texting me. Sure, he threw on the charm when he resurfaced, but it wasn’t enough.

I thought in time, his feelings would get stronger and he’d start committing to me, but I shouldn’t have waited around. It was so silly of me. People are who they are — they don’t just miraculously change.

3. I DIDN’T WANT TO MISS AN OPPORTUNITY.

While he was coasting, I was afraid that if I walked away from him, I’d miss an opportunity. When we were together, we clicked in a big way, and I couldn’t seem to stop thinking about that. I shouldn’t have based everything on that. I needed more from him than what he was giving me.

His past was littered with flings and traumatic breakups. Why should what he had with me have been any different? I guess I just hoped we could have a good thing in spite of that, but obviously, I was wrong.

I fell for him hard. Meanwhile, he kept himself at a distance. I’m not the type of person who can do that in relationships, but sadly, I tried. By trying to play it cool to be with him, I was just putting my own needs on the back-burner for someone who was putting ME on the back-burner. FML.

I still remember how he ghosted me. We’d been chatting and flirting lots for a few days, so I’d thought we were going to become more serious. During conversation, he stopped replying to my messages. I thought he’d pick up our chat the next day, but he didn’t… and I never heard from him again. It was so hurtful because I’d been holding onto hope only to watch it explode into scraps.

I should’ve guarded my heart, sure, but he was also to blame. He’d been giving me reasons to hope, such as when he’d tell me how much he felt for me, and how being around me had helped him to deal with his issues from his past. In the end, it was all a game to him.

I got nothing from him by the end of it. Why had I held on? I beat myself up about that for months afterward, wondering what the point of waiting for him had been.

9. INSTEAD OF TRYING TO CHANGE, I SHOULD’VE CHANGED MY TYPE.

Instead of trying to change and become what he wanted, I should’ve changed the type of guy I wanted. He was just a waste of time. I’d loved the idea of him, not him exactly. If I look back, I see all the reasons why we wouldn’t have worked out. For instance, he was big on partying, whereas I was more of an introvert. Plus, he was clearly riddled with relationship issues.

Pity that back then I didn’t realize my worth. If he’d become my boyfriend, I would’ve been over the moon because I felt so much for him, but I would’ve crash-landed from disappointment. I deserved better than a guy who would’ve made a crummy boyfriend.

11. FEELINGS ARE NO LONGER ENOUGH FOR ME.

I used to think that my feelings were what would lead me through dating and relationships, but they’re sadly not enough. I need to feel that someone’s worth my attention before I give my heart. He taught me that, so I guess his presence in my life hadn’t been all bad.

12. HE SHOWED ME HOW JERKS CAN BE GREAT GUYS IN DISGUISE.

He was charming and seemed interested in me, and we had a great connection. But underneath all that good stuff, he was just a guy who didn’t take relationships seriously. No wonder he’d had such a rough time in his past — he must’ve put his exes through hell. In the future, I won’t ignore the signs that someone’s not right for me, even if my heart tells me otherwise.

I didn’t realize it at the time, but he treated me like I was nothing special. Oscar Wilde once said, “Never love anyone who treats you like you’re ordinary.” Lesson learned. He played all his cards right to make me like him, but he never gave those feelings back. Ugh. I’ve given enough of my time to losers and I won’t do that again.