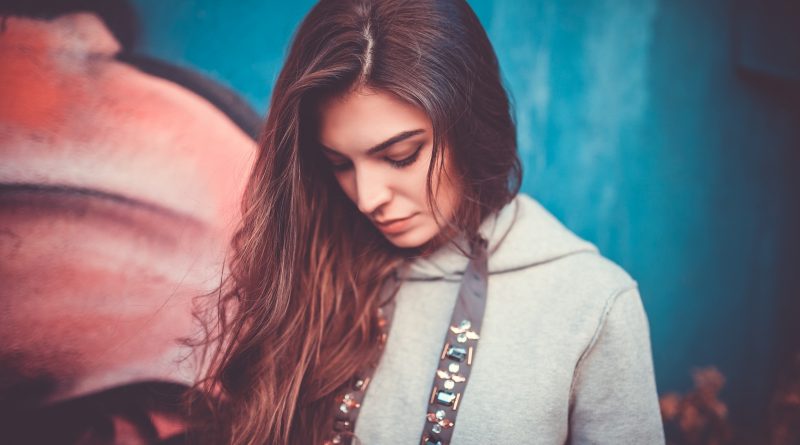 The mixed signals threw me off for a while. I was convinced he cared about me because he placed at least a little bit of effort into our interactions. I thought that meant something. He could have easily ignored me. He could have erased my texts before answering. He could have deleted me from social media. He could have shoved me out of his life without much effort. But he listened to me, he talked to me, he treated me like a human being — and my insecure ass took that as a green light.

I kept seeing signs that never existed in the first place. I wanted him to feel the same and I tricked myself into believing a lie. I read too far into the sweet things he did and overlooked the sour. I let myself think it meant something when he called me cute or smiled from across a room — but when he posted pictures with other girls and dropped out of my world for weeks at a time, I assumed it was a fluke. I saw what I wanted to see.

After weeks of being blinded to the red flags, after months of telling myself he will come around eventually and ask me on an official date, I finally see how little he cares about me. I understand how much time I have been wasting by chasing after him.

If he cared about me, he would answer my texts with more than a word. He would send me snaps meant only for my eyes, not repeats of the ones he sends to everyone else. He would have a conversation with me instead of asking for pictures, asking to hook up, asking to come over after midnight and then dropping the convo when the answer is no.

If he cared about me, then he wouldn’t have to be drunk to initiate a conversation. He wouldn’t switch between taking two seconds to answer my messages and two weeks. He wouldn’t scatter breadcrumbs to keep me interested in only him while he messes around with a million different girls.

If he cared about me, he would have proven it by now — but he has only proven the opposite. That he could not care less about whether he sees me again. That he has better things to do than talk to me. That he is perfectly happy without me in his universe.

It took me a long time, but I finally see how little he cares about me. And it’s making me realize how much more I need to care about myself.