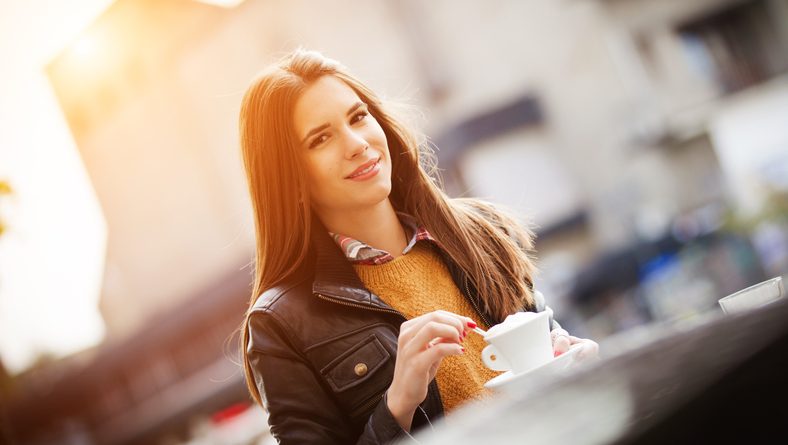 One of the things that makes dating so stressful today is all the balancing acts we feel like we have to do to make things work out in our favor. We want to appear interested, but not TOO interested. We want commitment, but we also want to retain our freedom. It’s all so confusing, but it gets even worse when we start playing stupid, manipulative games with the person we’re seeing. I might have put up with this nonsense in the past, but now, I’d much rather turn into a crazy cat lady than have to deal with any of this stuff again:

When you like someone, the best way to catch their interest is to show them that you like them, right? So it makes no sense to pretend like you don’t want to talk with them or spend time with them even though you’re actually dying to see them, RIGHT? I used to think that, but now, I’m not so sure. These days, it seems like it’s standard practice to pretend like you’re not all that into the person you’re pursuing. Coming on too strong can make you seem clingy, sure, but pretending like you couldn’t care less about whether or not I like you is just as much of a deal-breaker.

2. TRYING TO MAKE ME JEALOUS

If you think that flirting with other girls in front of me is somehow going to make me want to be with you more, you have another thing coming. But for some reason, this seems to be pretty common in the dating world. I’ll admit that I get a little bit of a rush when a guy gets extra affectionate with me if we run into one of my guy friends while we’re out together, but intentionally making someone jealous is just crappy. Sorry, but if you expect me to try to compete with the cute waitress while we’re out, you’re better off finding another girl to feed your ego.

3. TAKING FOREVER TO RESPOND TO MESSAGES

Okay, I’ve been guilty of this one, too. We’re constantly told that we should be the pursued rather than the pursuer, and that doesn’t get achieved by replying to a guy’s text five seconds after receiving it. We have to wait a little while, make him miss us before we finally make his heart rate spike by replying after an hour or so. Of course, they do this to us as well, and we know just how crappy it feels to try to not check our phone every five seconds and want to throw it out the window when it’s ANYONE other than him who finally makes it buzz. I’m fed up with this, though. From now on, I’m just going to reply whenever I damn well please, and if he’s the type to make me wait hours for a simple response just because he can, he’s going to end up finding out that I’m not the waiting type.

4. GOING BACK AND FORTH ON COMMITMENT

I can’t be the only one who’s sick of the commitment see-saw that people in almost-relationships seem to do so much of. Sometimes it seems like their desire for a serious relationship changes with as much intensity and frequency as the weather does. It’s enough to drive a person crazy, and personally, I’m done with it. The next time a guy goes back on his word about wanting to be more than friends with benefits, I’m just going to quit this game and let him go play it with a girl who can tolerate this wishy-washy BS.

I’m not the type to give you a pop quiz every time you tell me you like the same things as I do, but come on, dude— if you can’t even name one song by my favorite band, you can’t convince me that they’re YOUR favorite band, too. We all want to have things in common with the person we like, but lying about what you love just because you think it will impress me tends to have the opposite effect. Can we all collectively agree to stop doing this and appreciate each other’s differences as much as our similarities?

It’s one thing to have a rebound, but it’s a whole ‘nother thing to intentionally date someone just to make your ex jealous. The people who do this are trying to mess with not just one, but two people’s heads for their own selfish reasons. It’s rude, it’s gross, and if you do this to me, I will leave you so fast you’ll get whiplash from watching me go.

7. FEIGNING LOVE TO GET LAID

There are seriously millions of people out there who just want to hook up, so why the hell would you lie about what you really want to someone who’s looking for a meaningful romantic relationship? It’s so ridiculously easy to just say, “I only want this to be a sexual thing” and then look for someone else if the person you’re with wants something more, and yet, this deceptive nonsense is still rampant in the dating world.

8. KEEPING WHAT WE HAVE A SECRET

You want to be all couple-y with me from Friday to Sunday and then pretend like we’re casual acquaintances when we see each other on Tuesday? That’s real cute. I’m not in any rush to be introduced as the love of a guy’s life when I meet his friends for the first time, but you’d better believe I’m done pretending like we’ve never done anything more intimate than a handshake. We’re all adults here. Your friends know what’s up, and it’s only going to make it more awkward for everyone if you act like we aren’t sticking our tongues down each other’s throats every other night.

Nobody wants to seem desperate, and I get that, but initiating a conversation doesn’t indicate desperation. I flat-out refuse to be the one who looks like a fool by texting first every single time. If a guy can’t start at least half of the conversations we have, I have no choice but to assume he’s not interested and I’m just annoying him when I try to talk to him. Is it really that hard to meet someone halfway when it comes to this stuff?

10. KEEPING ME HANGING ON BY A THREAD

French fries and people both suck when they go from hot, to cold, to hot again. A little bit of unpredictability is fine — and let’s face it, it keeps things interesting — but throwing someone away and reeling them back in like they’re a fishing lure is so scummy. Dating can be confusing sometimes, and it’s normal to have some ups and downs, but I’m fifty shades of done with guys who think they can keep me right where they want me by behaving like this.

Talking to more than one person at a time is fine before you make things exclusive, but filling multiple people’s heads with ideas of romance and true love when all you really want to do is sleep around is a bad move. No one’s saying you should be telling all of your hookups about each other, but you’d better believe I’m not going to stick around if I find out a guy has been promising the same things to five other women.

12. BEGGING FOR ME TO COME BACK ONCE I GET SICK OF HIS CRAP

Ah, yes. I’m sure you’re a reformed man now that I’ve decided I’m done being your plaything. If you’re going to treat someone like garbage, you have to commit to it. Own it. Don’t just be a jerk and then magically realize the error of your ways when someone realizes they deserve better. I’ve given in to crocodile tears and lofty promises before, but those days are long gone. A guy who doesn’t treat me well from the start isn’t going to find his happy ending with me no matter how many times he promises to change.

By Averi Clements for Bolde