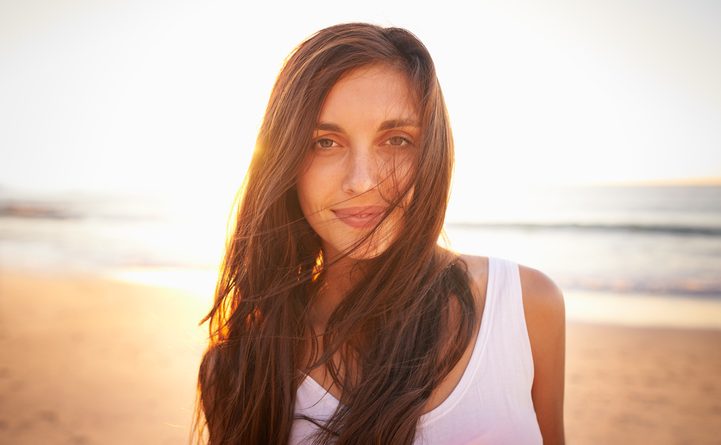 I’ve never felt desperate to be in a relationship. In fact, I probably enjoy being single a little TOO much since I know that the only person I can rely on for my happiness is myself. I don’t want to give that up for someone if there’s a possibility that I’ll be lied to, mistreated or let down. Getting into a relationship is a big risk and maybe I’m not ready for it just yet, even though it might be nice.

Even though I’m scared of being hurt, I’m much more scared of hurting someone else. I’m pessimistic when it comes to dating and relationships, which means I’m always expecting the worst outcome. It’s a horrible cycle that I can’t seem to break out of and to be honest, it’s ruining my chances of letting anyone get close.

I’m the type of person who can never decide whether I like someone enough to pursue a relationship. It’s difficult to know whether we’re better as friends or if it’s worth taking a chance and seeing if a relationship works out. If I don’t try, I’ll never know. If I do try and it doesn’t work out, I’m going to blame myself for rushing in too soon.

As soon as I feel myself getting too close to someone, my immediate reaction is to start pulling away. It probably looks like I’m giving off mixed signals, but it’s actually because I’m scared of getting attached. It’s the ultimate self-sabotage.

4. I VALUE MY ALONE TIME MORE THAN ANYTHING.

When socialising leaves me feeling drained, I retreat to the comfort of my own bedroom and spend some time alone wrapped up in my own thoughts. It’s not selfish to want some time to myself, but unfortunately, this can give off the impression that I simply don’t care enough. I know that if I want a relationship to work, I need to make more time for someone else, but I don’t know if I can change.

5. IT TAKES ME SO LONG TO DECIDE HOW I FEEL.

How can I expect someone to wait around for me while I work out my feelings? I know it’s asking for too much. Deciding if I want to be in a relationship is a huge decision that I don’t take lightly, and sometimes my uncertainty can give someone the wrong impression. I wish I wasn’t like this but I can’t seem to be anywhere else.

6. I HATE THE IDEA OF NOT BEING SINGLE.

Stepping out my comfort zone and getting into a relationship is scary. There are so many endless possibilities. I like the simplicity of being single and how everything feels so much easier — giving that up for something that might not work out is a risk that I’m not sure I want to take.

I don’t expect a relationship without the fighting and tears because that’s unrealistic. Even if I try my best to avoid it, there will be problems. That’s the thing about relationships: they’re unpredictable. I could be having the greatest day and one simple thing like not receiving a text can completely ruin my mood. I hate the idea of not knowing what’s around the corner.

8. I’M AFRAID OF SOMEONE GETTING TO KNOW ME TOO WELL.

I know that I’m not an easy person to love. In fact, I’m a difficult person to love most of the time. I have this unsettling fear that as soon as someone really gets to know me inside and out, they won’t want to be with me anymore because my flaws will become more noticeable. I know that I couldn’t handle that kind of rejection.

9. I ALWAYS GET STUCK IN ALMOST RELATIONSHIPS.

I’m so tired of getting close to someone and starting to believe that things are going one way but instead, they go in the other direction. Strangers to friends to almost lovers. It’s a neverending cycle and I’m so done with that.

It comes down to the fact that I’m not really sure what I want right now. What if the person who I thought was right for me turns out to be the wrong guy two months into the relationship? I’ll be screwed. I admit that I’m a fickle-minded person and my feelings about people and situations are constantly changing so that even I struggle to keep up sometimes. There’s so much at stake, so naturally, I prefer to take the easier option.

11. BEING OPEN ABOUT MY FEELINGS IS DIFFICULT.

Opening up has always been something that I struggle with. I never say “I love you” first because that puts me in a vulnerable position that I really don’t want to be in. I’m afraid I’ll say something that will be taken the wrong way, and there’s always a possibility of being judged. With the right person it shouldn’t be difficult, but until then I’m keeping my walls up.