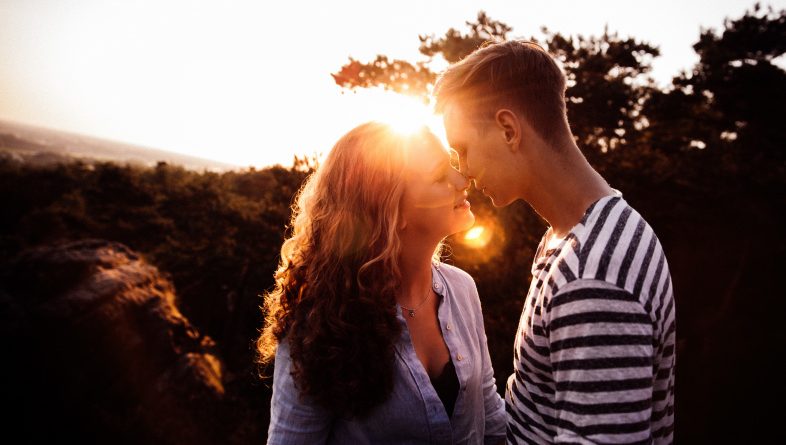 People often ask me questions about dating, love and relationships and I had an epiphany about my own single life when I was still single and dating.

Now, after recently celebrating seven years of marriage, I felt led to share something passionate, real and from my heart for my single sisters but in a shorter format. I don’t claim to have an answer for every question, and even as a happily married woman, I’m still learning. However, I’m older now and have learned a great deal through my personal experiences and even through the experiences of others.

Of course I could go on for days, but for now I decided I’d share with you my personal top 10 list.

1. Practice self-love before you accept love from someone else.

It’s difficult to love someone else if you can’t first love yourself. Usually the way we allow others to treat us is a reflection of how much, or how little, we love and value ourselves. I realized a long time ago that my unhealthy search for love was because of my own lack of self-love and self-esteem. I relied on others to do what I couldn’t do for myself. Learn how to be single and satisfied so you don’t end up totally dependent on someone else.

“Every potential date is not a potential mate.” We don’t have to be so serious so soon especially if it’s only been a few months, let alone a few weeks. I used to think, “Oh, since the date went well then maybe he’s my husband,” or I would obsess about the status of our relationship only after a short time. Sometimes we psych ourselves out of a good thing by trying to force something to happen, and sometimes it’s a turn-off to guys. Just let the conversations and natural progression of the relationship flow. That’s not to say that you should wait on someone forever; but if it feels right and it’s flowing right, then play it cool and let it happen.

3. Don’t think of him as a piece of clay that you can mold into what you want him to be.

When I first started dating my husband, he wasn’t going to church or as spiritually connected to God as he is now, but I didn’t harass him or force him to do anything because we all have different journeys. I just prayed for him, talked to him about certain things and ultimately he made the decision to make some changes.

If someone keeps saying they’re going to do things differently but you’re not seeing the modifications, that could mean it’s time for you to change your role in the situation instead of wasting your energy trying to change them. At the end of the day, if he’s really into you and wants to keep you, then he will prove it to you – not just through his words but through his actions.

In the past, I found myself repeating this pattern over and over – dating the same type of guy and/or doing the same type of things. Sometimes when you’re used to being treated a certain way, you start to think that’s how it’s supposed to be or believe that’s what you deserve. But when I started dating my husband, I decided to do things differently and refused to accept anything less than what I deserved. Basically, I made him work for my love. Like they say, “the woman you want is usually the one you have to work for.”

5. Make yourself a priority while you can.

Don’t allow your single status to keep you stagnant. Invest in yourself and your relationship with God. Invest in your career, your future and your brand. Invest in your physical, mental and emotional well-being. Invest in something fun; travel or see the world! That’s not to say that you can’t when you’re married, but just like the Bible says in 1 Corinthians 7, “…An unmarried woman or virgin is concerned about the Lord’s affairs: Her aim is to be devoted to the Lord in both body and spirit. But a married woman is concerned about the affairs of this world—how she can please her husband…” So, while you have the opportunity and the time, focus on what you can do right now as a single woman.

6. Don’t make excuses for people who need to be excused out of your life.

There are two types of people you should apply this to: 1) Dead Weight – the ones who seem to stay around but constantly hurt or mistreat you or bring you down (they make more deposits than withdrawals), and 2) Pop-ups – the ones who stay running in and out of your life when it’s convenient for them but they’re never consistent. Unless you’re content with these situations or aren’t really looking to settle down, then you will find yourself hopelessly waiting or chasing. You will be waiting on them to get it together and come back, or you will be chasing after people who aren’t chasing after you. Trust me, I’ve had to use the “block” and “delete” functions on my phone to ensure I didn’t keep falling back into the trap and answer their calls or respond to their text messages. Sometimes you have to take extreme measures when you know you can’t trust yourself to resist and to show yourself, and others, just how committed you are to moving on.

“Why buy the cow when you can get the milk for free?” It’s an old saying but it still holds true today. For some of us, it’s natural to want to take care of our boyfriends and show them how good of a wife we could be if they chose us, but be careful giving away too much too soon. I used to give of myself so freely, both physically and mentally, and to people who usually didn’t deserve it. Relationships should be 100/100 – each person giving a 100%. However, if you give up too much too soon without any reciprocation, then he stands to benefit the most and you risk losing everything; only to end up with heartache and disappointment.

Many of us have ruined countless relationships or ended up with broken hearts because somewhere along the way we concluded the presence of sex automatically meant the presence of love. Trust me, physical appeal, sex and intimacy – they all matter, but don’t allow physical attraction to become a major distraction.

I know without a shadow of a doubt, much of my past hurt and pain was due in part because I either gave it up too soon or I assumed that he would love me because I had sex with him. Sometimes, you have to discern between what feels good to you versus what is good for you. Thankfully, you get the best of both worlds when you experience real love, but that’s not always the case if you’re with someone who isn’t meant for you. Don’t overlook future necessities just to satisfy your present desires and don’t confuse love with lust.

For some people it can take a few tries, a few months, a few years or even what may seem like a lifetime. I’ve learned that you can’t rush love and I didn’t go from being single to married overnight. I had pain before pleasure and heartache before happiness but in the end real love came along. It may sound cliche, but what God has for you is for you and if it’s in His will for your life (whether married, single, etc.), it will come to pass. Through my own experience and the experiences of others, I have learned that the moment we stop worrying and looking, is usually the very moment when it happens.

There’s something about turning thirty. It’s like a switch goes off and tells us that we have to become obsessed and evaluate our lives and analyze the progress we’ve made, or lack thereof, as it relates to relationships, careers and family. I will admit that oftentimes it’s brought on by the pressure of society, but sometimes we place the pressure on ourselves.

Realize, however, that you can be any age (20, 30, 40, 50 and so on) – and still have the “over thirty and worried” mindset. It’s the woman who is OVERLY obsessed with trying to find a man or CONSTANTLY sad about not having one. So she finds herself desperate, settling and/or overwhelmed with sadness because she’s so consumed thinking about what isn’t instead of what is. We either know her, we are her or like me at one time or another we were that girl.

My mom, who is obviously over 30 because I’m in my mid-thirties and who has never been married, is the epitome of how NOT to be that girl – “over 30 and worried.” What I love about her is the fact that even though she’s single and she’s been through a lot, she hasn’t given up on love and she doesn’t allow her single status to keep her stagnant. She’s learned how to be single and satisfied. She’s not sitting around desperately waiting or chasing after men. Instead, she stays on the go and chooses to live her life to the fullest, while still managing to give so much of herself, time and resources to help others.

Life is short. So, take a lesson from her and learn how to live, love and appreciate your life. I understand it’s easier said than done when you’re single and have been for a long time. I used to have my days when I would feel lonely and cry myself to sleep wondering if I would ever happen for me. I know you will have your days too and you will have your moments, but you can’t stay there. Take your moment, dust yourself off and keep it moving and focus on what you do have. Besides, if you can’t be happy by yourself, then you’ll likely have a hard time being happy with someone else.

Romans 8:28 says, “And we know that all things work together for good to them that love God, to them who are the called according to his purpose.” May you be encouraged through my experiences and through God’s word and realize that IT IS all good and IT IS working for your good no matter what your relationship status may be.

By Shonda White for ThoughtCatalog