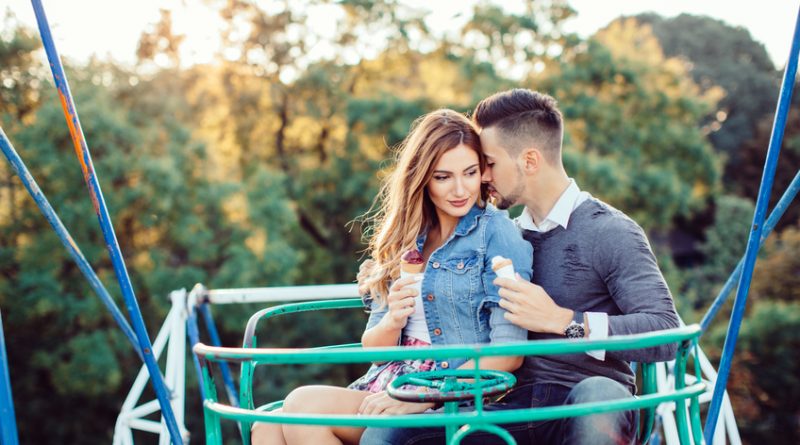 Not only do I know first hand the agony of trying hard for a guy who does nothing but string you along, but I also know the importance of regaining your self-respect and ditching him. If you’re currently attempting to date a guy who gives you nothing but excuses and crappy behavior, read this and know that you’re so much better than he’s treating you.

I don’t want to be harsh, but if he seriously wanted you to be his girlfriend, you would be. Any guy who’s actually worth your time will be honest up front about his intentions, so if he’s telling you he wants to be with you but isn’t, he’s a liar. If you’ve been in an almost relationship for months and all you’re getting is excuses and inconsistent behavior, do yourself a favor and walk the other way.

2. WHY ARE YOU PUTTING YOURSELF THROUGH THIS?

I know you like him and that he has his good qualities, but you’re allowing yourself to be emotionally worn down, and it’ll only get worse. Let’s face it — the longer you hang on and the more time you invest, the harder it’ll be to leave and get over. Aside from that, you deserve so much more than what you’re getting and you’re wasting time on someone who doesn’t deserve it.

3. YOU’RE THE GIRL SOMEONE ELSE IS DREAMING OF.

If he doesn’t appreciate you, there’s someone else out there who would love the chance to call you his girlfriend. He’d be more than happy to commit to you, and he wouldn’t put you through the crap you’ve dealt with in this undefined relationship. Though this guy has probably made you feel like you’re the problem, I promise that you’re exactly who another guy has been wanting to get serious with.

4. SHOW HIM YOUR WORTH AND CALL HIM ON HIS CRAP.

If he treats you like an option rather than his first choice when it’s convenient for him and you keep allowing it, he’ll only continue to treat you that way. As long as it works for him, I promise you he isn’t too concerned about how the situation works for you. Let him know that you’re so much better than this, call him out and then cut off all contact. After all, moving on and living well is the best revenge. Not only that, but once you ditch him, you’ll feel better than you have in a really long time.

5. MOVE ON BEFORE IT CAUSES YOU REAL EMOTIONAL DAMAGE.

If things haven’t changed yet, chances are they’re never going to. Staying with him in the hopes that things will get better will only continually make you more upset when they don’t. The feelings of frustration and distrust will linger on once he’s gone, so the sooner you leave, the less emotional baggage you’ll end up carrying with you.

6. THERE IS SO MUCH BETTER OUT THERE THAN HIM.

I know a lot of guys seem like they’re awful, but there are absolutely still good guys out there. Not all guys will make you feel insignificant; in fact, there are a ton who would appreciate you and make you as happy as you make them. Give one of them a chance and let the jerk you’re “dating” mess with someone else.

It doesn’t matter how hard you try, how much effort you put in, or how much time you invest — he probably won’t notice or care. If he cared, he wouldn’t risk losing you, and he certainly wouldn’t be as inconsistent as he is. If you’re constantly up and down with him, and always questioning what tomorrow will bring, you know he’s just taking you on a continuous emotional ride.

By Emily Derry for Bolde