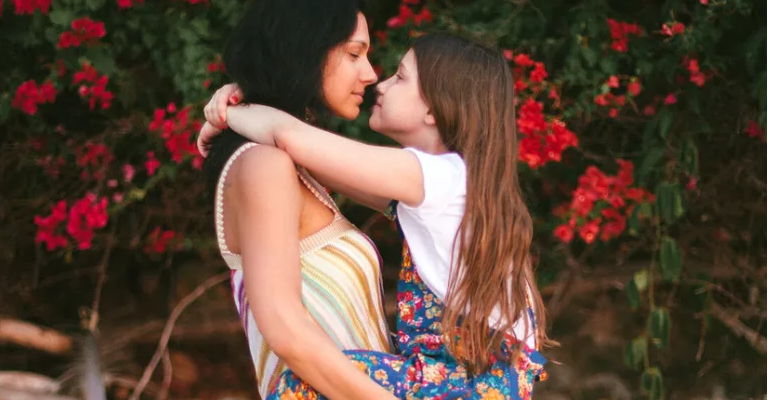 Whether you’ve chosen to raise a family alone, found yourself parenting solo 24/7 unexpectedly, or are happily co-parenting following a conscious uncoupling, there are a few things that only single parents can understand. Here are 10 single-parent truths:

1. When you finally have time to yourself, you may just want to sit on the sofa.

Having to tend to your offspring’s needs around the clock, from hustling for school, scrambling to get to pickup on time, figuring out dinner, overseeing homework, and then screeching to baseball practice, on those rare occasions you have time alone, you’ll probably just sit on the couch and stare into space. If you’re lucky, you won’t drool at the same time.

2. You’ll grimace when your married friends call themselves a single parent.

As a single parent, you’ve no doubt had a few friends empathize with you about the burden of single parenting when their spouse is away for a day or two on a golf outing or business trip. Their intentions are good, but there are so many things that they really don’t understand about single parenting. Like the fact that you never ever have anyone else to hand off to in the heat of an argument with your truculent teen, divvy up carpooling duties with, or give you a Sunday morning in bed.

If you’re not co-parenting or “off duty” part of the time, at some point you’ll have to decide whether you’re going to put your personal life on hold for 18 years or if you’re willing to do what it takes to sustain a semblance of self. For me, it meant going to yoga cost me a pretty penny in baby-sitting until my son was old enough to stay home alone, but it was worth it. As a single parent, you have to find a way to take care of yourself. Being rundown all the time isn’t really an option. On the rare occasions we’ve been both sick at the same time (swine flu, anyone?) it has been miserable. Not recommended.

4. You’ll have a relationship with your children that your married friends won’t comprehend.

My son and I have spent the best part of 12 years going it alone together. That means we have inevitably become each other’s confidants, share a room when we travel together, and consult each other on everything—from what to wear to how to handle a sticky friendship.

5. Birthday sleepovers will nearly kill you.

When my son turned 8, he begged me to let six of his closest friends stay the night. In a moment of sheer insanity I agreed. I completely overlooked the fact that as a singleton he actually has a hard time being around that many kids for 24 hours straight. What’s more, with all the sugar and excitement, there was no sign of anyone going to sleep by midnight, including me. I ended up separating the group into two rooms—much to my son’s chagrin—but it was the only way that a few hours of slumber seemed like a possibility.

6. At some point you’ll schedule a playdate so you can have sex.

If you parent alone, finding time for a lovers’ tryst is a little harder. You won’t be the first parent to rustle up a playdate just to have time for some intimacy. (Ideally you won’t be hosting the playdate.)

7. You’ll never know where your kids’ favorite blankie, T-shirt, or toy is.

If your kids are dividing their time between two parents, then it becomes inevitable that prized possessions and favorite items of clothing are going to get waylaid and misplaced. Friends tell me they will strategically dress their kids based on who they’re going home with, especially if they want to see that item of clothing again.

8. One day your child will thank you.

Single parents and their children form a special—and often intense—bond. With no one to hand off to, you’ll ride the roller coaster of life’s ups and downs together, like it or not. At a much younger age than you’d imagine, you’ll find your kids will appreciate the sacrifices you make to be two-parents-in-one. It’s harder for your kids to take you for granted when they see there is just one of you making it all happen. And the day they actually say thank you will melt your heart.

While I had no intention of raising my son alone, I wouldn’t have it any other way. We have a closeness and intensity to our relationship that I value above all else. As he himself put it to me at the tender age of 13, “Momma, there’s no one in the whole world who knows you as well as I do.” While the truth of his statement took me by surprise, I appreciated his ability to articulate it at such a young age.

Whether you parent alone or not, enjoy the fleeting years your kids spend under your roof. They grow up too fast.

For well-adjusted, social kids, here are the habits of parents whose kids have good manners, and how to raise your kids as global citizens.

By Alice Chan for MBG