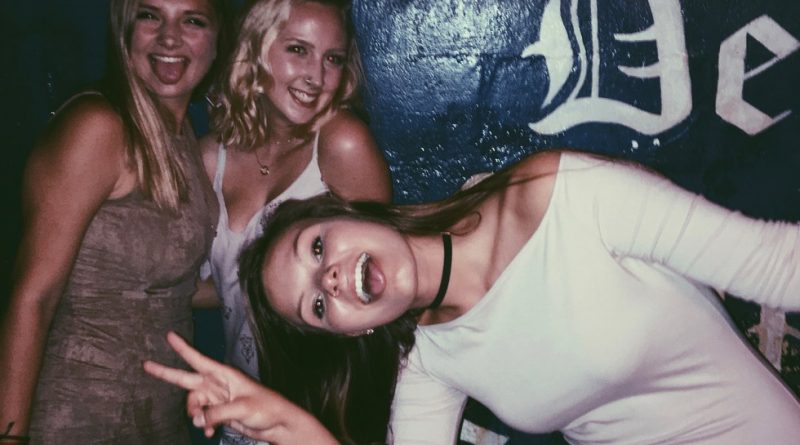 Seriously, why can’t we just leave each other alone?

Ladies, let’s get one thing straight. You can drink. You can smoke. You can dress however your heart desires. You can sleep with whoever, however many times, whenever you want. Or you don’t have to do any of that. You can stay in on Friday nights. You can go work out while your friends are out at a party.

What isn’t OK is judging another because she does or doesn’t do something, like…

1. The fact that you don’t drink or go to frat parties.

I have known people who didn’t go out and would silently judge me when I said I was going out with friends. Their ego inflates just a little because they aren’t spending their time “drinking in a gross, sweaty basement” or they can “have fun and still remember it.” Listen, Jennifer, no one judges you because you stay in and binge-watch Netflix, don’t look down on other girls because they like dancing to music and letting loose with their friends at PIKE’s house.

You are not classier, smarter, cuter, or sweeter because you don’t say the word ‘fuck.’ End of discussion, dammit.

To me, this is just honestly rude. Whether someone wants to accentuate their eye color or they want to completely change their nose shape or hide their acne, it doesn’t make you prettier because you feel okay with a bare face. Some girls don’t WANT to wear makeup. Some girls love to be creative with their makeup. You aren’t cooler because “you’re too lazy” to apply it, Sarah.

No, all girls in sororities aren’t dumb or shallow. They aren’t all bitches and they don’t all create drama in their houses. Whatever you watched in The House Bunny is incorrect. There is so much more to a sorority with fundraising and sisterhood. This is how some girls make their large campuses feel smaller and meet lifelong friends.

5. If you dress more conservatively.

We have all seen someone walk around campus with some shorts we all thought were a little too short. We scoff and laugh with our friends. Every time you call a girl a slut because of her clothing choices, you promote misogynistic culture by basing this girl’s worth off an article of clothing. You encourage the idea behind victim shaming and “well what was she wearing?”.

6. How sexually active they are.

“Oh my god, she hooked up with a guy from Sig Chi last night. How gross.”

How much sex and who they have it with is between two people and two people only- the person and who they had sex with. We are adults and can make the decision on who we want to sleep with. I don’t think guys walk around and judge their hallmate because he slept with two different girls in the past two weekends, so why do girls feel the need to look down on someone who enjoys sex.

By Jess Pechie for Odyssey