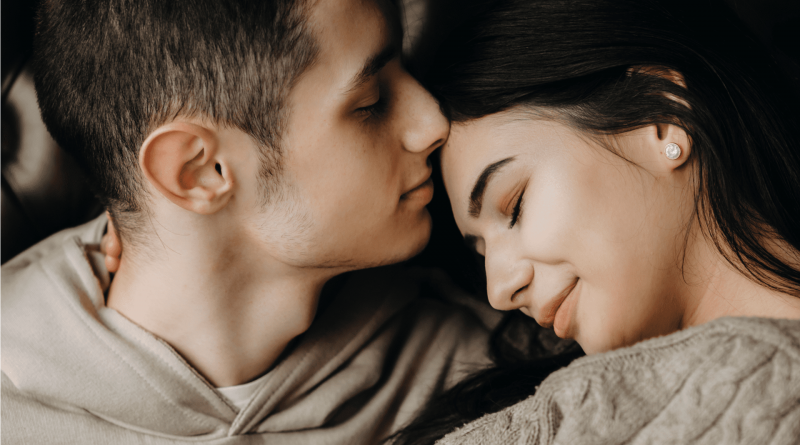 “In my opinion, Love comes after love. I know what you’re saying. What does this even mean, right? Well, when we try to explain an irrational emotion such as love in scientific terms, we only refer it to as a hormonal change. When these hormones subside and we still want to make efforts to keep someone in our life, then that’s the point where a hormonal fluctuation transforms into true love. It changes into something serious, something grand.”

In the beginning of a relationship, it’s all sunshine and rainbows. You get that butterflies in the stomach feeling all the time but as time progresses, things change and the same intensity of emotion is hard to maintain. It takes struggle and hardship to keep your relationship alive. Guys who are really serious about you and are in head over heels in love with you will mature into someone who will be enough for the both of you. Their immature boyish attitude will transform into one of a Real man. On the other hand, guys who were never serious about you to begin with will never show these signs and they will leave you early on in the relationship.

When you’re truly in love with someone, there is a much deeper connection than a physical urge. You accept them for who they are and you see them through a different lens than the world.

This may all sound nonsensical to you but it’s true. Looks matter in this materialistic world, they do. People do consider them a measure to approach people. But when you really like someone and there is no element of lust there, you tend to find attractiveness somewhere. Love is all about finding something beautiful in someone and treasuring it. It does not care for bodily imperfections.

Guys who are serious about their girlfriend always notice the little details. They look for something to compliment. If you have worn a new dress or you have spent a lot time to look good for your guy, he will definitely notice it and he will compliment you. – Continue reading on next page

2. The urge to brag lessens

In the beginning of a relationship, most couples tend to post everything on social media and most guys brag about their girlfriend in front of their friends. Hey dude, check out my girlfriend, isn’t she something?”

However, when guys get serious about you, they know that you’re not just some prize off a trophy shelf. They know that you are much more than that to them. They start to consider you as some priceless gift which they just want to keep for themselves for the rest of their lives.

3. He starts to feel comfortable around you

You know that first date where a guy acts like a complete idiot and starts to talk weird but you still connect? Well, as he spends time with you, all that unusual habits just go away. Don’t get me wrong, he still wants you in the same way he did on the first date. He just feels more comfortable around you. He wants to be around you but all that nervousness’s is replaced by originality. He starts to be himself for a change and shows you parts of himself which really define him.

4. He starts to make compromises

He knows that he will not always get his way in this relationship. There will be certain times when he will have to make a choice between his ego and the relationship and he will certainly make the right choice. Sometimes, he will compromise things for you which he never would for someone else. He’s watching his favorite team play and you want to see your favorite TV series. He’ll explain to you how he will just switch his laptop on and stream it online and its okay for you to watch ’ One tree Hill.”

5. He starts to take Interest in your stuff

It’s really nice to have mutual interests. It increases the compatibility between you two. However, two people cannot be perfectly alike. They will have different preferences. When a guys is serious about you, he will make efforts to become a part of your lifestyle. He will tag along with you to shopping although guys despise shopping with a girl. Trust me, I know. Moreover, he will go the extra mile and he will give you fashion advice.

Most importantly, it will not always be about him. He will make efforts to fit in your lifestyle and make space for you in his routine. However, you should never take advantage of him and take him for granted if he does all these things. If you reciprocate his love, then you’ll draw him in closer to you more. The key to a healthy relationship is the mutual understanding.