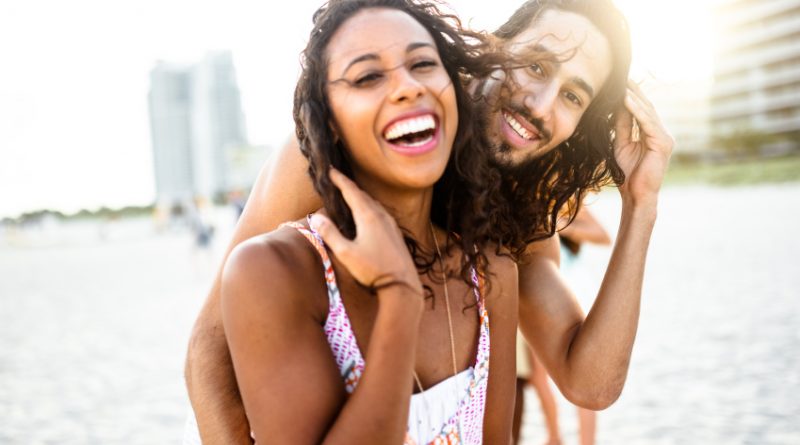 They might be extremely rare to come across, but good guys are out there and they want love in their lives just as much as you do. Navigating the dating scene might make you want to punch yourself in the face a lot of the times (because that seems infinitely better than some of the dirtbags you’re met with) but it’ll all be worth it in the end — at least that’s the hope. When the right guy shows up, you’ll know it in the way that he treats you that sets him clearly apart from the rest and he’ll make you feel like this:

1. EXCITED FOR HIS REPLIES, NOT ANXIOUS ABOUT THEM.

The right guy won’t make you question when or if he’ll reply to your text or  you’ll hear from him again — he doesn’t leave you hanging. He’s consistent and even if he gets busy from time to time, he tells you without you even having to ask because he has basic manners and he cares about you.

3. APPRECIATED FOR YOUR EFFORTS.

When you pay him a kindness, it doesn’t go unnoticed. He’s not some little jerk that takes you for granted or expects you to bend over backwards to keep him happy. He appreciates the sweet things you do for him and he always makes sure to reciprocate to remind you that you too are cared for. He knows that’s the least he can do.

4. FREE FROM THE STRESS OF UNNECESSARY MIND GAMES.

A good guy doesn’t turn on the charm just to get something from you he feels entitled to — he does it because he’s actually kind. You might think it’s tough to decipher a good guy who’s sincerely kind from a loser who just acts like a good guy, but there’s one key difference — the good guy isn’t just kind to you, he’s kind to everyone around you, always. There’s no manipulation to be found.

5. CARED ABOUT, EVEN WITHOUT THE ACTUAL WORDS.

A good guy doesn’t need to say he truly cares about you because you already know it in the way that he treats you (though he doesn’t shy away from telling you too). You know it because he keeps coming around, pays you honest attention and treats you like the amazing woman you are.

There’s nothing worse than dating a guy who’s constantly sending your thoughts spiraling because he’s messing you up with mixed signals. No matter how jaded you think you might be from your past, a good guy doesn’t make you feel any of that crap because if he’s into you, he shows it. Your player radar dies in his presence.

7. FULL OF BUTTERFLIES, NOT A PANIC ATTACK.

Being with a good guy gives your heart a fluttering sensation that doesn’t leave you wondering if you should rush to the emergency room. You feel genuine butterflies and excitement for new adventures and memories with him. Tears might still well up in your eyes, but it’ll only be because you’re so happy he’s not another dirtbag.

8. ALIVE WITH HIS OWN EXCITEMENT.

A good guy isn’t just a guy that makes you happy, he lights you up because he’s happy himself and a breath of fresh air to be around. Everything is fun, exciting and new and he goes out of his way to put and keep a smile on your face, even in the simplest of ways.

9. HOPEFUL AGAIN THAT THE FIGHT WAS WORTH IT.

When you’re finally with a good guy, you’ll want to shout it from the rooftops. Finally, a guy who isn’t playing nonsense games and makes his intentions clear to you both with his actions and words. Even if he hasn’t made his way into your life yet, he’s worth the wait because he’s that one guy who makes you look back at every other douchebag you ever wasted your time with and laugh at yourself for ever settling for less than you deserve.